A new type of film event is coming to Liverpool’s vibrant arts scene, but one which you need 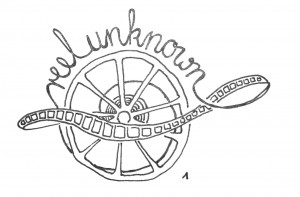 to keep your eyes peeled and your wits about you to catch. On the 6 and 7 March 2012, Reel Unknown invites you to enter a secret world, its Hidden Picture Show, and explore the unknown. The film that will be shown? A secret. The event’s location? Undisclosed. Avid film fans will have to follow subtle clues revealed via twitter and facebook regarding these vital factors, opening the debate on which unique adventure ticket holders will discover.

Reel Unknown aims to deliver a captivating and immersive experience mixing film and live interactive performances, asking participants to trust their senses and realise a new way to experience cinema. “This is a concept that has been explored and established in London but has yet to been brought to the North,” explains Co Producer Jasmine Doughty, “Having experienced the London event, we don’t want Liverpool to be deprived any longer!” Secret Cinema was established in the capital in the mid naughties, gaining it’s mainly yuppie following through social media and word of mouth. Similar to Secret Cinema, Reel Unknown aims to target Liverpool’s wide demographic of young arts lovers. However, they also want the city’s thriving student population to be able to take part. “When we set up Reel Unknown, we wanted to construct an event which mixes one of youth’s great loves, film, with theatre and  an affordable price tag,” Ruth Meekings, fellow co producer of Reel Unknown comments. “We want people to have fun at The Hidden Picture Show and experience something that they might not have done before.”

More information can be found and tickets, costing adults £8 and students and concessions £5, can be purchased through Reel Unknown’s website,

Facebook and Twitter are also essential distributors of key information for ticket holders and interested individuals alike. Clues hinting at the film are iven several times a week in the months leading up to the event, whilst information indicating the meeting point and preferable dress code, will be exposed by email correspondence to ticket holders a few days before.

Although The Hidden Picture show is their first venture, they aim to continue Reel Unknown to combine the intimacy and rawness of theatre with the endless possibilities of film to create a live, interactive and stimulating experience for young arts lovers.

Four Artists added to the Directory