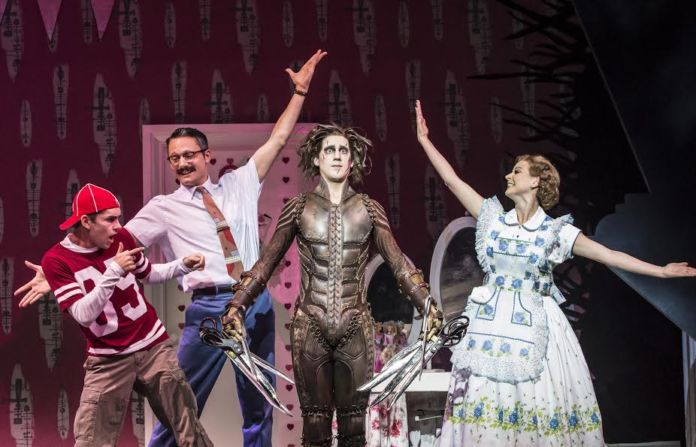 I don’t know about you, but Danny Elfman’s score from Tim Burton’s dark 90s fairytale Edward Scissorhands sends goosebumps down my spine. So when we heard about Matthew Bourne’s New Adventures turning the story into a ballet, we couldn’t wait for it to tour to the North West – and here it is!

The Guardian have already called the show “enchanting and raptly emotional” so we were first in line when it came to bagging a pair of tickets for the opening night.

Edward Scissorhands tells the bittersweet tale of a boy created by a lonely inventor who dies leaving Edward alone and unfinished. Left with only scissors for hands, he must find his place in a strange suburban world where the well-meaning and stifling community struggle to see past his appearance to the innocence and gentleness within this myserteous outsider.

An utterly magical story with a beautiful soundtrack, surely this is a perfect fit for a dance production?

You can see Edward Scissorhands at the Liverpool Empire from 27 – 31 January 2015. Book here

Find out more about the production at new-adventures.net/edward-scissorhands

Liverpool Biennial 2014: Tickets on Sale for Michael Nyman’s Symphony No....

Up For Arts – Free Dance Events