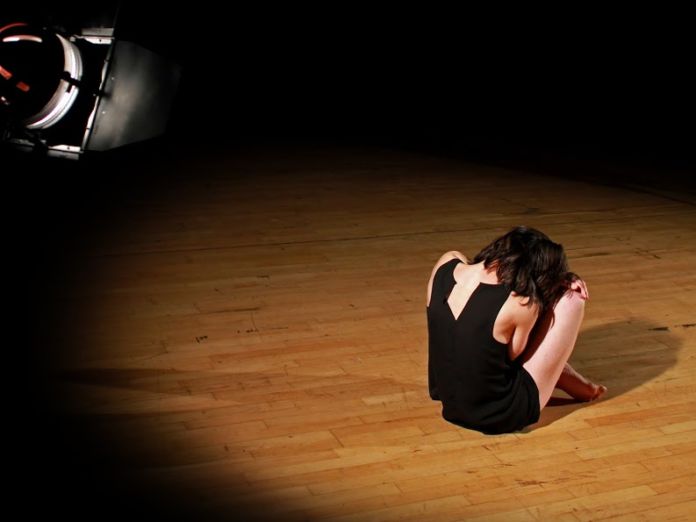 This week, Deborah Light brings her acclaimed dance piece HIDE to the Capstone Theatre. We caught up with the dance artist-cum-choreographer to find out more about the performance, and her artistic vision.

Tell us a bit about yourself and your background.

I am an independent choreographer, dance artist and a mother. I’m originally from Yorkshire and have been based in Cardiff for the last 10 years. My work spans stage and site-based performance and is process- and collaboratively-driven.

I began dancing at the age of three and it has been a passion and driving force in my life ever since; I trained at Laban London and have since worked as an independent performer, creator and teacher. I am now an associate artist at Chapter, Cardiff.

From 2007-11 my work focused on the development of my solo practice and was rooted in exploration of self and layers of identity embodied through my own body. During this period I received a Creative Wales Award and was shortlisted for The Place Prize. Since then I have been translating this with other performers and in group works this has included: HIDE a touring work for theatres which has been presented across Wales, at British Dance Edition and Spring Loaded at The Place London; Curio Cabinet a commission for Aura Dance Company in Lithuania and Caitlin a collaborative project with Eddie Ladd and Gwyn Emberton based on the life of Caitlin Thomas. 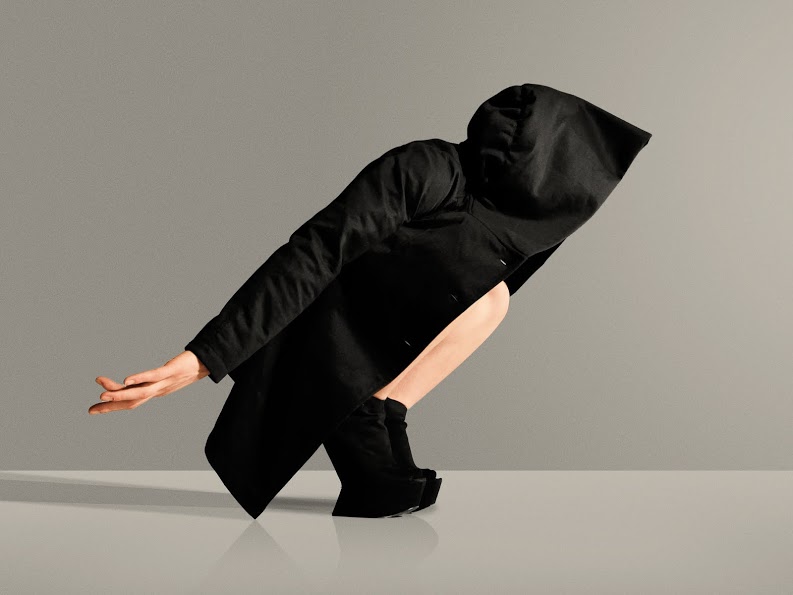 I have also been working as a collaborator and performer in otherspeoples’ projects including Joanna Young, Caroline Sabin, Run Ragged Productions and Sean Tuan John. I teach for Young Actors Studio at Royal Welsh College of Music and Drama and also work with other artists in a supporting role – directing/mentoring/producing.

You refer to yourself a ‘dance artist’ as well as a choreographer – how important is dance within the world of visual art?

I refer to myself as a dance artist rather than dancer because, for me, the term dancer can carry connotations of body as form or object. I see my work as being about people and peoples’ connections to the world – as such, my work is part of the arts in its broadest sense. I work with bodies as my primary tool of investigation and communication, and therefore my work is located in the sphere of dance. This is part of a much broader arts sphere where ways of working, approaches, aims and creative references are shared across genre definitions.

The word “Hide” is an evocative one to choose for a title – talk us through your create process.


HIDE uses the three different dictionary definitions of the word:
Hide¹
vb. to keep out of sight; conceal from view.
n. a shelter for watching wildlife.
Hide²
n. the skin of an animal

The decision to use this as a title came out of research and previous work into layers of identity. By the time we got into the studio the title was in place and it provided a frame for the creative process. We began with huge pieces of paper in the space with the ideas, concepts and references that had come out of my research. With that information filtering in the room I then worked with the performers from purely physical tasks. It became about allowing and enabling the conceptual ideas and personal narratives to be exposed through the physical languages, it was a space in which anything could be exposed, trust and respect were key to this. HIDE is rooted in the performers’ physical identity and in that sense is an expanded biography that spans fictional and non-fictional realities of who they are. 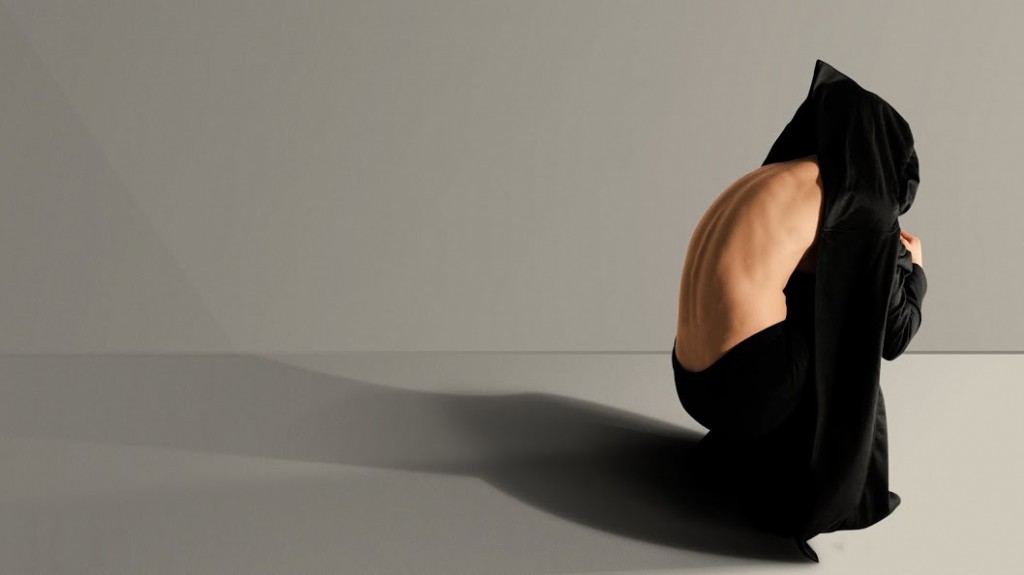 Are the themes you explore in the piece something you’ve wanted to work with for a while?

HIDE has for me been a drawing together and a translating of ideas I had been exploring for some time. My previous practice had been located in my own body in a series of solo work. At its root this work had been about layers of identity and representation. HIDE was in many ways an extension of this but was also a big step for me in terms of making full length work with a group of performers. It was a process of translating my enquiries with and onto other bodies to look at the construction and de-construction of female identity in a broader sense. In doing so it looks at notions of appearance and disappearance and interrogates power and gender structures.

Your work has been referred to as having a “subtle humour as well as dark undertones” – how easy is it to convey these feelings through dance?

The people who I work with are at the core of my work, I work with them as people rather than bodies in space and therefore the work is filled with the whole range of human emotion and experience. My aim is to create physical languages that belong to the performers and therefore connect with audiences on a personal, kinaesthetic and visceral level. This human connection is inherent in the work rather than being a layer that is added. HIDE is very much about delving under the skin to a territory that is perhaps darker and often skimmed over in society, the piece deals with this is a human way – through fear, passion, anxiety and humour. 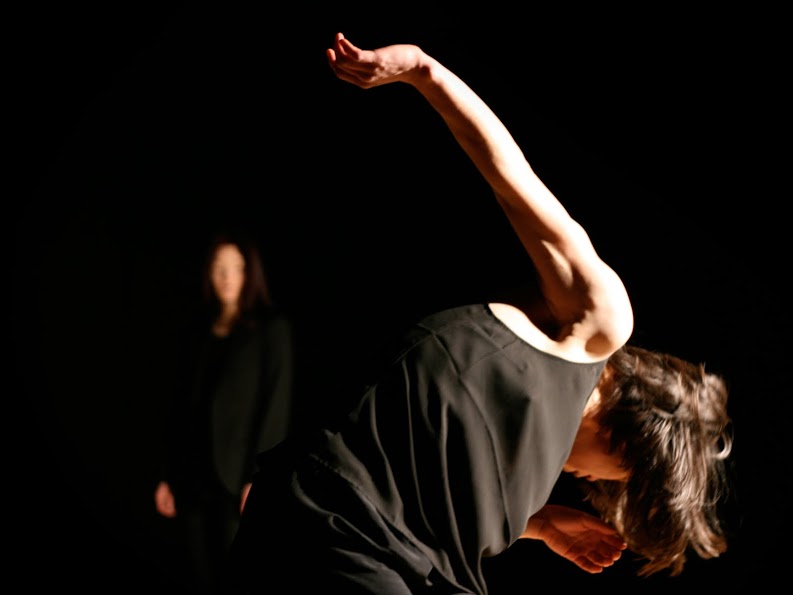 What can audiences expect when they come to see the performance?

HIDE is perfomed by three remarkable women Jo Fong (Rosas, DV8), Eddie Ladd (Volcano, Brith Gof) and Rosalind Hâf Brooks (Earthfall). They perform with honesty and the experience is intimate as they reveal and re-invent themselves. The environment is stark and minimal so they are exposed in front of you the audience with no theatrical magic or trickery. Through layers of movement, text, striking images and sound they blur the boundaries between what is autobiography and what is fiction and between what is real and what is a show.

HIDE has an original electronic soundscore that is manipulated live by Sion Orgon.

‘Intelligent, witty, wild and tender…it will certainly give you something to think about for days after’ – Kevin Lewis, Theatr Iolo

“Exciting and engaging, this is the kind of work that will encourage discussion and linger in your mind long after the event” Chelsey Gillard, National Theatre Wales Young Critics

HIDE will be performed at the Capstone Theatre on Tuesday 24 February 2015. Book your tickets here.

Liverpool From The Air – book review

Liverpool will be hotter than Rio this weekend for Brazilica’s Carnival!

‘At Last Something Different’ – Alan Martindale