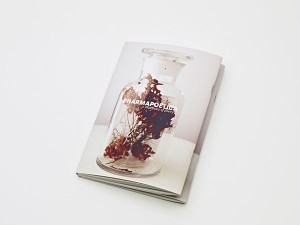 The Poetry Society are delighted to announce the shortlist of the UK’s only award that celebrates innovation in contemporary poetry, The Ted Hughes Award for New Work in Poetry, awarded on the 28 March. The winner will be announced alongside the winners of world’s biggest single-poem poetry competition, the National Poetry Competition.

The following poets have been shortlisted for the Award, for new poetry presented in the UK during 2013:

Chris McCabe (from Anfield) for Pharmapoetica

Maggie Sawkins for Zones of Avoidance

Zoë Skoulding for The Museum of Disappearing Sounds

Pharmapoetica is a collaboration between Poet Chris McCabe and Medical Herbalist and Artist Maria Vlotides. Initially conceived as an art installation consisting of a “medical cabinet of poems” about plants used pharmacologically, it has developed to include an accompanying book, a formulary of sorts, that not only contains the ten poems but images of the installation and working notes on which the poems are based. Pharmapoetica is published by Pedestrian Publishing.

The Ted Hughes Award for New Work in Poetry seeks to recognise excellence in poetry, highlighting outstanding contributions made by poets to our cultural life. Established in 2009 by Carol Ann Duffy, the £5,000 prize is funded with the annual honorarium the Poet Laureate traditionally receives from HM The Queen. The award is one of the only prizes to acknowledge the wide range of work being produced by poets – not just in books, but beyond. Previous winners have included Kate Tempest, for her spoken word piece Brand New Ancients in 2012, and Lavinia Greenlaw, for her poetry sound work Audio Obscura in 2011.

“Shortlisting for the Ted Hughes Award for New Work in Poetry has given us great pleasure, not least because we were able to agree amicably on which works should go forward. The range of approach and level of ambition made our job rewarding, and we looked for unconventional forms in our choices, but also for poetry which breathes and lives close to life. Sadly, as always, we have had to let many fine works slip the net and we would like to thank all the poets we considered for their remarkable poems. It is excellent to work with a prize which offers such broad margins to the definition of poetry and how it finds a shape in the world.”

Selecting from a wide range of work across all media, the judges have chosen a shortlist of five poets. The final winner will be announced by Carol Ann Duffy at an awards reception in London on 28 March 2014, alongside the winner of the National Poetry Competition 2013.