Pioneering electronic music piece to be performed at Liverpool’s Metropolitan Cathedral, 50 years after it was commissioned.

Bluecoat, Liverpool’s centre for the contemporary arts, presents Pierre Henry: The Liverpool Mass, an electronic mass at the Metropolitan Cathedral of Christ the King on 13 May.

Pierre Henry is known worldwide for developing electronic music through musique concrète, a form of composition using electronically treated natural sounds. Henry’s influential music has been sampled by many artists over the years, including Fatboy Slim, and his Psyche Rock was the inspiration for the theme tune of Matt Groening’s Futurama.

He was commissioned to compose music for the inauguration of Liverpool’s Metropolitan Cathedral of Christ the King in 1967, however it was not completed and another work was substituted.

Now, 50 years on, in a unique collaboration between the French composer and Bluecoat, the piece – structured as a traditional Catholic mass – will be staged in full at the Cathedral on the evening of Saturday 13 May.

With a sound design created especially for the space using 40 speakers arranged around its circumference, The Liverpool Mass will be presented as a live mix by Henry’s collaborator Thierry Balasse.

The performance is a highlight in a series of special events taking place throughout 2017 to celebrate Bluecoat’s 300th anniversary. The building is the oldest in Liverpool’s city centre, and also the UK’s first arts centre. 2017 is also the Cathedral’s 50th anniversary.

As well as forming part of Bluecoat’s tercentenary programme and the Cathedral’s Jubilee, the performance is also a key strand of Liverpool’s 67-17: 50 Summers of Love programme.

Bluecoat’s relationship with Henry stretches back to 1968 when the arts centre promoted the first electronic music concert in the North West at University of Liverpool’s Mountford Hall. This programme, directed by Bill Harpe – who had commissioned Henry’s The Liverpool Mass the year before – included several pieces by the French composer.

Following a meeting with Bluecoat’s artistic director Bryan Biggs and project director Mark Goodall (University of Bradford) at the composer’s Paris studio in 2014, Henry agreed to present his Messe de Liverpool (The Liverpool Mass) in Liverpool in 2017, the year of his 90th birthday.

Consisting of six movements – Kyrie, Gloria, Credo, Sanctus, Agnus Dei and Communion – the work interprets the traditional mass through recitation of its texts, accompanied by musical instruments ‘treated’ by Henry to produce a haunting yet uplifting composition, fitting for the ceremonial and celebratory occasion of the Cathedral’s inauguration.

This will be the first time The Liverpool Mass has been presented with Henry’s cooperation and a new sound design in the setting for which it was originally intended: a mid-20th century modernist structure with distinctive ‘brutalist’ architecture of concrete and stained glass. Henry’s electronic score was intended to complement this daring new building, as the sound would resonate in the magnificent, cavernous, light-filled circular interior.

Bryan Biggs, artistic director at Bluecoat, said, “An uncompromisingly daring piece of music for the time, The Liverpool Mass remains innovative. Presented in the stunning environment of the Metropolitan Cathedral, it will be a fitting tribute to the composer in his ninth decade and to the spiritual and utopian impulses that drove both the construction of the Cathedral and Henry’s music. With Henry directly involved in its production, this is also a once in a lifetime chance for audiences to experience the piece exactly as he intended”.

Mark Goodall, project manager for the performance, said, “The Cathedral, and the music specially composed for it, represents a high point in the application of modernist art and design to the realm of the religious and spiritual. The futuristic and modernist design for the Cathedral by Frederick Gibberd will be enhanced by the unusual music of Pierre Henry. With ‘brutalist’ architecture being re-assessed and preserved as historically important, this event will act as a symbol of what is possible when the experimental and the sacred are brought together.”

Pierre Henry said, “I am particularly delighted that The Liverpool Mass should at last be performed in full in the extraordinary space of the Cathedral of Christ The King, which it was initially composed for. Since I wrote the piece 50 years ago, it has become something of a musical myth, closely linked with this cathedral. I am very proud to take part in the celebrations for its 50th anniversary, a historic anniversary.”

Canon Anthony O’Brien, Cathedral Dean, said “The performance of Pierre Henry: The Liverpool Mass is not just a big part of our Jubilee celebrations but a very real link with the past, giving us a wonderful opportunity to listen to a composition that was intended for our Cathedral opening 50 years ago and which is only now being performed in the setting for which it was composed.”

The evening programme will begin with a set by Vincent Epplay and Samon Takahashi, made in response to Henry’s music in this special Liverpool setting. These Paris-based contemporary electronic sound designers produce original compositions and film soundtracks, as well as interpreting the work of others, including English-Australian composer Tristram Cary. 21st century successors to musique concrète pioneers Pierre Henry and Pierre Schaeffer, their music embraces electroacoustic and more electronic forms such as ‘krautrock’ and groove.

Pierre Henry: Liverpool Mass will be accompanied by Concrete Utopias, a symposium at Bluecoat on Friday 12 May, organised in collaboration with the University of Liverpool, focusing on brutalist architecture, musique concrète and concrete poetry, as manifestations of a new sensibility that coalesced in the mid 1960s around the idea of ‘concreteness’; and a walking tour of Liverpool’s brutalist architecture, led by the Modernist Society.

Full details of the event can be found here 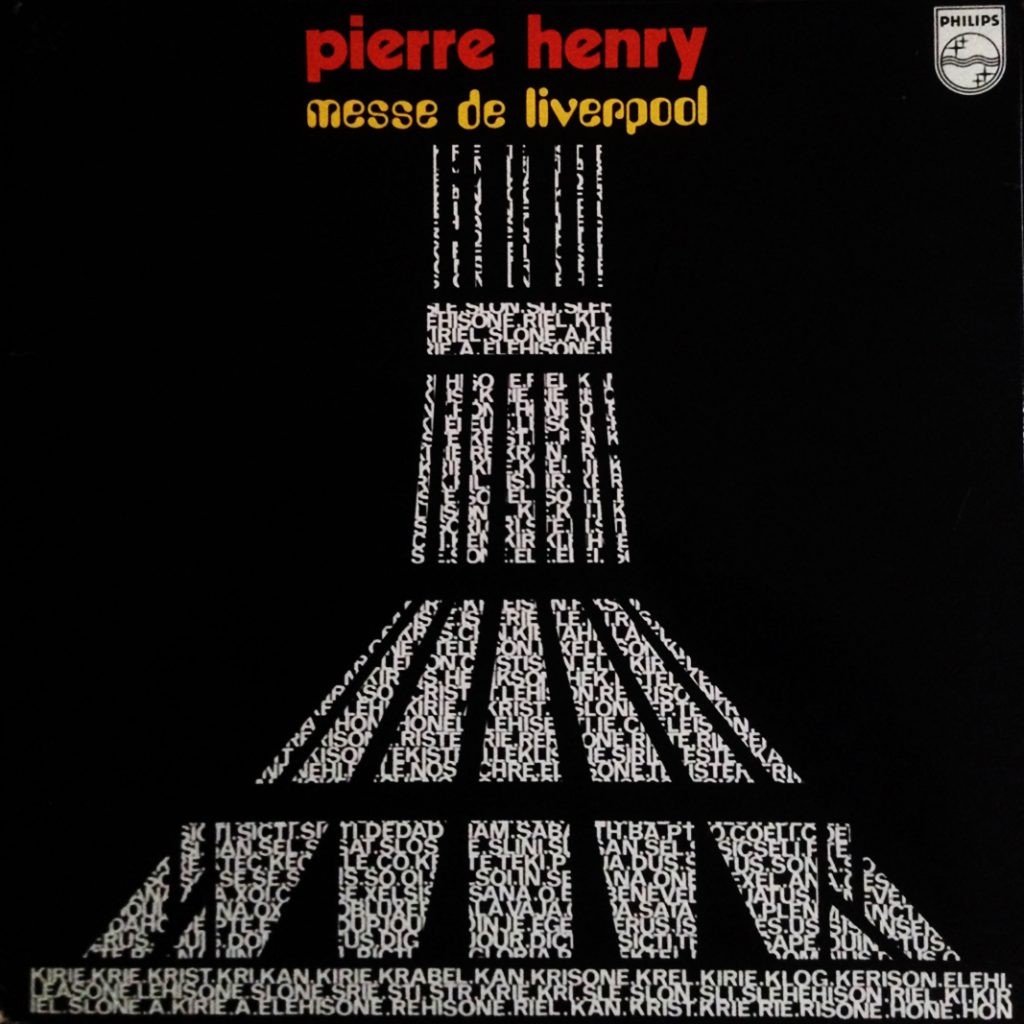 FACT’s Laura Sillars named as a ‘Woman to Watch’ in prestigious...

‘Do As I Say…’ at Cornerstone