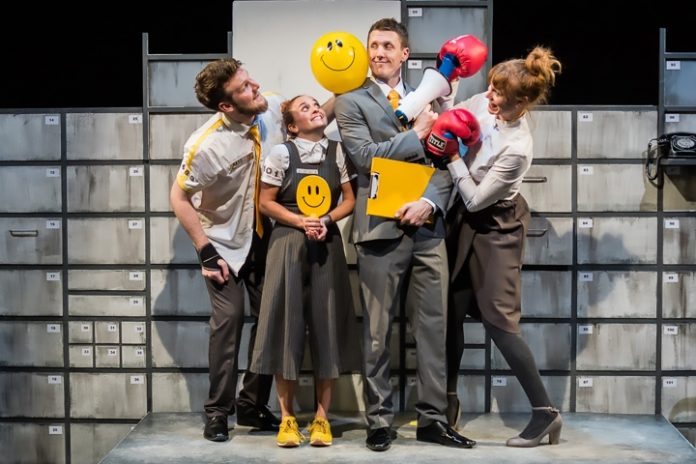 PHYSICAL FEST PERFORMANCE PROGRAMME IS ON THE MOVE

Physical Fest, in partnership with Unity Theatre, has announced the relocation of the performance programme for this year’s festival (26th May – 3rd June 2017).

Following the rescheduling of the reopening of Unity Theatre, which has been attributed to a number of issues with the redevelopment of its historic building during the final phase, Physical Fest 2017 movies to City of Liverpool College – The Arts Centre with the North West premiere of Kallo Collective’s Only Bones on Friday 26 May.

All scheduled performances of Tmesis Training Company’s new production Daydream Believers will be held at the Hope Street Theatre on Hope Street. Come and see a space that you’ve never been to before hidden away on Hope Street…

With both venues a brief four minute walk from each other, and just a five minute walk from previous venue Unity Theatre, expect the same Physical Fest atmosphere with bars, festival DJ, street food, visual minutes and numerous surprises animating the short route.

Physical Fest Artistic Director Elinor Randle says: “We are extremely proud of the programme we have in store for the festival. Both The Arts Centre and Hope Street Theatre are great venues that will provide our festival performances with the space to flourish. We’re once again delighted to work in partnership with the Unity Theatre as part of their extended Out of Space season.”

Get ready for an entire week packed to the brim with visually stunning performances from Finland’s Kallo Collective, Belgium’s premiere physical theatre company Chaliwaté with their UK premiere of Jetlag and Tmesis Theatre Training Company’s premiere of Daydream Believers.

Levantes Dance Theatre will showcase their latest work The Band, while Sean Kempton and Jo Tremarco present a double bill Stuff and Dying on My Feet,Tmesis Theatre presents Happy Hour and Jamie Wood closes the festival with I Am A Tree.

For the details of the new show locations, see the listings below, as well as a section on useful questions in the Notes to Editor.