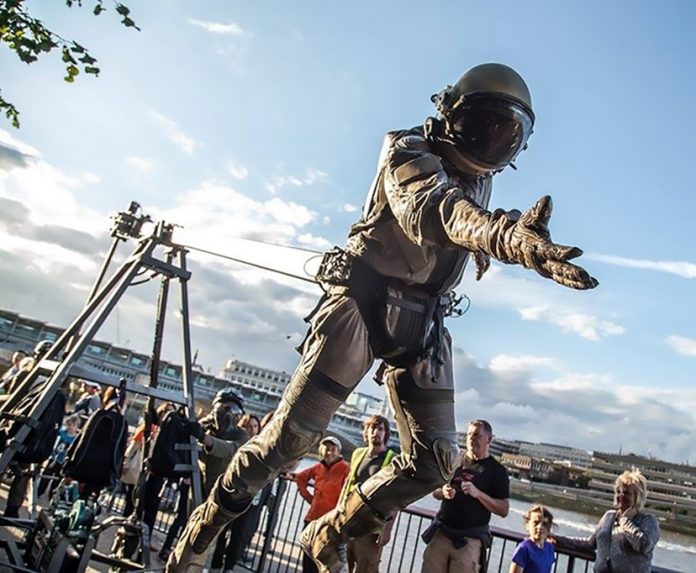 Tmesis Theatre is delighted to announce that Street Theatre Day will be returning for Physical Fest 2017 and bringing Liverpool’s Williamson Square to life on the bank holiday Monday 29th May!

Catch Highly Sprung’s acclaimed performance Urban Astronaut between 12 noon to 2pm! It is a walkabout and physical theatre performance that provides glimpse of a future that might be… Where problems surrounding air pollution have grown to a crisis point, is there any way back? The answer is found in a simple encounter with a young girl who provides the one thing the astronaut has lost… Hope. Urban Astronaut won the Gi20 2015 Audience Prize so don’t miss the chance to see them in Liverpool.

Headstrung Puppets will be presenting Here Be Dragons – a celebration of puppetry and spectacle on a large scale. Two huge dragons invade the city streets, accompanied by mysterious figures from the past. Who are they? Where have they come from? And what lessons do they have to teach us? Catch the dragons between 11am and 2.40pm.

​Where the F**k is Debenhams? by Anthony Cairns is a work in progress that will get its first outing on the streets of Liverpool. Anthony is the recipient of the Physical Fest 2017 Street Theatre Bursary Award, given to an artist to develop a new idea and test it out at the festival – you can be the first to see his work from 12.30pm and 3.30pm.

Werewomen – Suzie Ferguson, Beth Frieden and Diane Thornton will be clowning around between 11.15am and 2.40pm. Beware the Werewomen as they prowl the city streets in search of prey. Using clown and street theatre, this fun, slapstick-filled performance will turn the traditional fairytale on its head.

Sarah Rose Graber and Ruxundra Cantir present Dirty Laundry Campaign between 11.30am and 3.45pm. Forget rhetoric and oratorial skills, these two politicians prefer to use slaps, dance offs, and fighting with bubbles to get their points across. If that doesn’t work – a good, old-fashioned smear campaign could do the trick…

Between 11.30am and 3.45pm you can also catch The Loyal Liars as they present… The Loyal Liars! Come witness the magical abilities of the self-proclaimed greatest magician in the world Magic Dave and also his lowly, stupid, incredibly bald apprentice Average Jack.

Fadunito (Spain) presents Limits from 1pm until 3pm. Limits explores the mental limitations we, society and culture put upon ourselves. Inspired by Jorge Bucay’s story The Chained Elephant, using clown, circus, music and movement, we see a man battling with fear, and celebrating our individual possibilities.

Following the Street Theatre Day, there will be FREE entertainment at Invisible Wind Factory from 5.30pm – 7.30pm with delicious Italian street food and a bar.

Elinor Randle, Artistic Director of Physical Fest, said: “It’s really important to us that everyone gets to enjoy Physical Fest 2017 and that’s why we are taking to the streets of Liverpool. We can’t wait to take over Williamson Square and showcase work from fantastic artists. It will be great to see the streets bustling with physical theatre and we’re delighted to share it with the general public.” 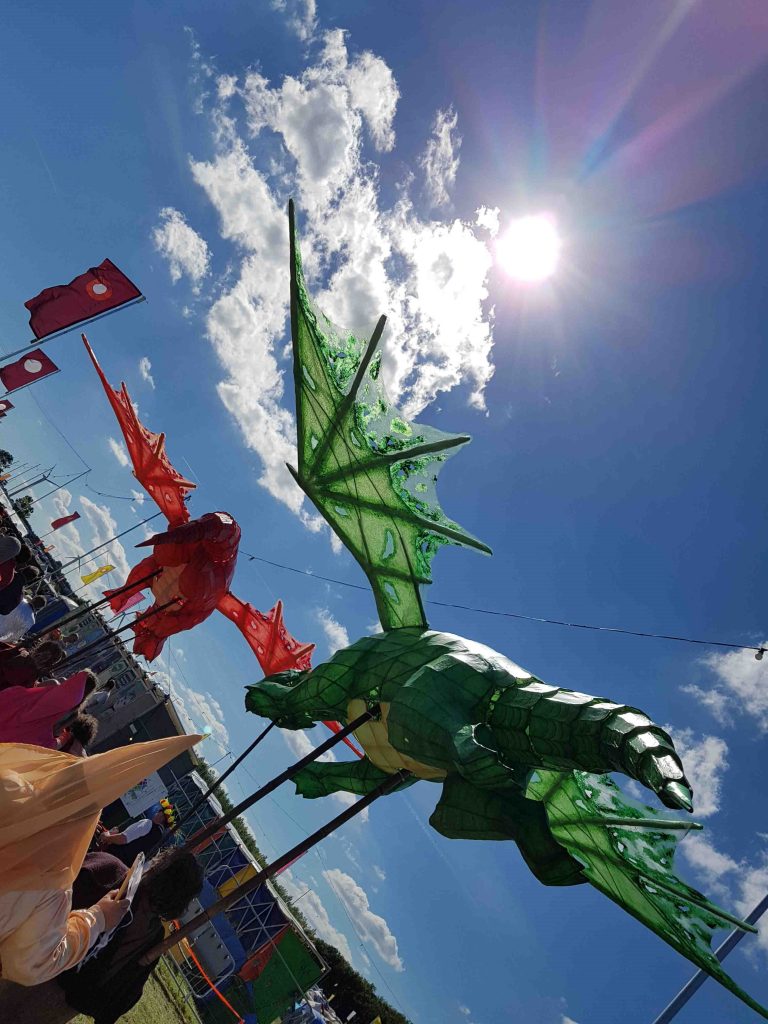 To book a place on any of the workshops or classes, please visit: www.physicalfest.com