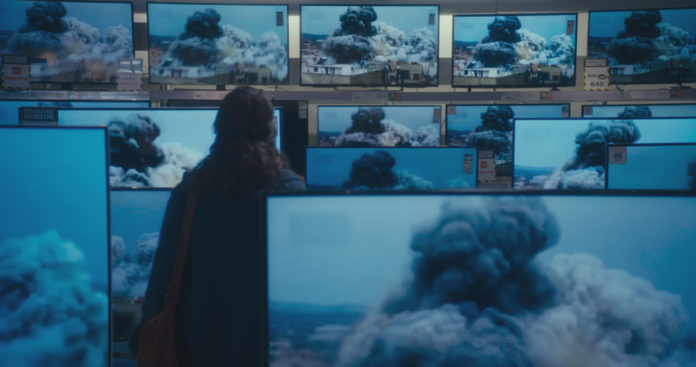 The UK’s longest running Arab arts festival opens a door into Arab arts and culture as it goes digital for the first time in its history next week. Connecting artists and audiences from across the UK, this year’s festival will feature events from Ramallah, Beirut, London, Jerusalem, Morocco, Aleppo, Kuala Lumpur and more.

Established in 1998, the festival usually takes place each year in arts and cultural venues across Liverpool. When Covid-19 led to a lockdown in the UK, digital programming has enabled the festival team to expand its reach, welcoming artists from across the Arab world for a series of events including music, film, talks, literature and performance.

The festival launches on Thursday 9 July with Moroccan musical collective Walead Ben Selim and Widad Broco/N3rdistan. Between rock, trip hop, electro, oriental-beat with world influences, this quartet mixes with ease digital power, ancestral Arabic poetry, the targeted singing intermingling here and there with the melodies of a Qanoon and African Keys. Without falling into the trap of ethnic-electro this fiery sonorisation serves as an engine to this group producing the most highly musical journey of the moment.

Artist in residence, spoken word poet and performer Lisa Luxx brings her unique voice to the festival. British-Syrian, she reflects on identity, sexuality, belonging and gender. An In Conversation event will discuss the artistic process and the creation of a new work ‘Eating the Copper Apple’ which was due to be premiered at the festival, but will be launched later in 2020.

Renowned Arabist Tim Mackintosh-Smith joins the festival to discuss his acclaimed book ‘Arabs: 3,000 Year History of Peoples, Tribes and Empires, delves into language and culture to narrate the evolution of modern Arab identity. The historian, who for many years lived in Yemen, will be joined in conversation with Irish novelist and collaborator, Denyse Woods.

Hailing from one of the most musically rich cities in the Levant, Hello Psychaleppo is the brain child of Aleppian electronic music producer and visual artist Samer Saem Eldahr who brings an intimate live performance to Liverpool Arab Arts Festival.

Writing the Palestinian City, in partnership with Comma Press, brings together three writers, whose work includes both fact and fiction set in and about Gaza, Ramallah and East Jerusalem, to explore the issues, challenges and opportunities of writing about Palestine. Talal Abu Shawish (The Assassination of a Painting, Goodbye Dear Prophets, Middle Eastern Nightmares), Maya Abu Al-Hayat (No one Knows his Blood Type) and Mazen Maarouf (Jokes for the Gunmen, Our Grief Resembles Bread) join Ra Page from Comma Press for a discussion.

ARTIST / IDEAS / NOW  is a new programme curated in collaboration with Creative Destruction. Led by some of the most exciting Arab artists across the globe, this series aims to address the most pressing and complex conversations of this moment. There will be three events during the festival; Art, Identity & Solidarity, I Am Here, Artists Working Under Isolation and Conflict, Colonialism and Climate Change.

In a celebration of Arab Cinema, LAAF, in partnership with BBC Arabic Festival, shares a programme of short films from Female Directors in Today’s Arab World. Each short film by Dina Naser, Katia Jarjoura, Yassmina Karajah and Mariakenzi Lahlou, take us through the effects and consequences of war on individuals and their families; and the hope for freedom. Sheyma Buali, BBC Arabic Festival Director, who curated the film selection, will chair a special discussion with the selected filmmakers.

The award-winning feature documentary Jaddoland follows filmmaker Nadia Shihab, as she returns to her hometown in Lubbock, Texas, to visit her mother, an artist originally from Iraq. Touching and challenging, the film is an intimate portrait of a mother through a daughter’s eyes, which raises questions about what we call home.

Yemen in Conflict is a national partnership between LAAF, the University of Leeds and the University of Liverpool exploring how Yemeni literature and poetry can be safeguarded, and how it can further the understanding of the situation in Yemen. An online exhibition will premiere poemfilm commissions by artists Olivia Furber, Mariam Al-Dhubhani, Diyala Muir and Noor Palette, created in direct response to original poems by contemporary Yemeni poets Ahmed Alkhulaidi, Liverpool-based Amina Atiq, Hamdan Damaag and Abel Hakim Al Qadi. This will be accompanied by an essay by writer and poet Deryn Rees-Jones and a selection of material from a series of national workshops held with Yemeni communities in Birmingham, Cardiff, Liverpool and Sheffield throughout 2019.

After wowing the crowds at the closing of last year’s Family Day, the festival welcomes back Daraa Tribes as the celebratory closing event on Saturday 18 July. A fusion of ancestral tribal music and Saharan Blues, Daraa Tribes comes from the oasis town of Tagounite in the Daraa River Valley of Morocco, with each member originating from a different tribe, bringing with them diverse music traditions to create an eclectic style only to be found in the oases of the North African Sahara.

Anne Thwaite is the Director of Liverpool Arab Arts Festival

“Our artists, along with our festival team, have worked so hard together to deliver a programme that will, hopefully, inspire as well as entertain audiences. In 20 years, this is the first time we won’t be gathering together for the festival, but we will be together virtually. This crisis is affecting many communities in different ways and it is the power of art and culture to help shine a light on experience, while helping us to be more empathetic of each other. We’ve gained a lot in the past three months of being able to talk and share ideas in lockdown, so we’re looking forward to bringing that into people’s homes”.

“The mission of our festival is to bring people together, from a range of diverse cultures and backgrounds, and to increase the appreciation and celebration of Arab arts and culture. We care passionately about the artists and creatives we work with, and we’re excited to be able to bring those artists into people’s homes. It makes our vast world connect in a truly inspiring way and we’re excited to be a platform for that and for people to get a glimpse of creativity and culture across the globe”.

For more details on festival events go to arabartsfestival.com. Audiences members can register for events taking place online. While all events will be free, we would welcome any donations from our audiences. All donations received during the festival period will go towards supporting artists in the next year.