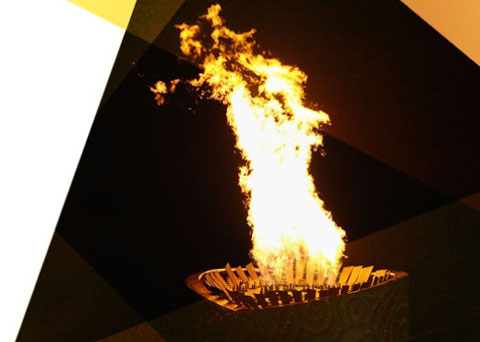 Olympic torch to light up Liverpool

Liverpool is glowing with pride after the city was selected to host the Olympic Flame as part of the build-up to the 2012 Olympic Games.

The iconic symbol is set to arrive in the city on Friday 1 June next year, and plans are underway for a special evening celebration event to take place at the Pier Head to mark the unique occasion.

Liverpool is one of 66 locations across the UK confirmed today by the London 2012 Organising Committee of the Olympic and Paralympic Games (LOCOG).

The evening events will offer thousands of people the opportunity to come together and get involved in celebrations and share in the Olympic spirit.  As part of the events LOCOG and the Presenting Partners, Coca-Cola, Lloyds TSB and Samsung, will stage exciting entertainment shows where a cauldron will be lit from the Olympic Flame, marking the end of the day’s proceedings.

Leader of Liverpool City Council, Councillor Joe Anderson, said: “Liverpool is a city world-renowned for its sporting prowess and it’s fitting we have been selected to take part in this prestigious event.

“The city is no stranger to hosting high profile sporting events in many fields including tennis, badminton, netball, golf and sailing, and we’re proud that the city is part of the warm-up to the world’s greatest sporting competition!

“We’re already looking at ways to celebrate the arrival of the torch in the city, but what we can say at this stage is that it will be a memorable evening during which our communities can become part of the buzz around the Olympic Games.”

The Olympic Flame will arrive in the UK from Greece on Friday 18 May 2012 and the 70 day Torch Relay will start at Land’s End, Cornwall on the morning of the 19 May 2012.  On leaving Land’s End, it is expected to travel an estimated 8,000 miles across the UK, giving thousands of communities and individuals their moment to shine as the Olympic Flame comes to their doorstep.  It will arrive at the Olympic Stadium on 27 July 2012 for the lighting of the cauldron at the Opening Ceremony, signifying the start of the London 2012 Olympic Games.

Sebastian Coe, Chair of LOCOG said: “We are thrilled that Liverpool has agreed to host the Olympic Flame on its journey right across the UK.  The Olympic Flame will shine a light right across Liverpool celebrating the culture and heritage of the area and showcasing the very best of the city.  We have no doubt that the welcome we receive will demonstrate how the spirit of the Olympic Games is reaching out across the UK and excitement builds as the start of the 2012 Games draws closer.”

The Olympic Flame will be carried across the UK by 8,000 inspirational Torchbearers and once the detailed daily route is confirmed later this year, it is the aim that 95 per cent of the population will be within a one hour journey time, of the London 2012 Olympic Torch Relay.

LOCOG is seeking 8,000 of the most inspirational people to have their moment to shine next summer by carrying the Olympic Flame.

The LOCOG Torchbearer programme is on the hunt for 2,012 inspirational people who have gone beyond their personal best!  Residents are asked to nominate someone by visiting www.london2012.com/olympictorchrelay and writing 150 words on why their nominee should carry the iconic symbol.  It is hoped more than half the torchbearers will be young people (between 12 and 24) and the other half will be those who inspire young people.

The deadline for nominations is 11.59pm on Wednesday 29 June 2011. Judging panels will be set up in each region of the UK to select the Torchbearers for their area.

Liverpool: A City on Screen