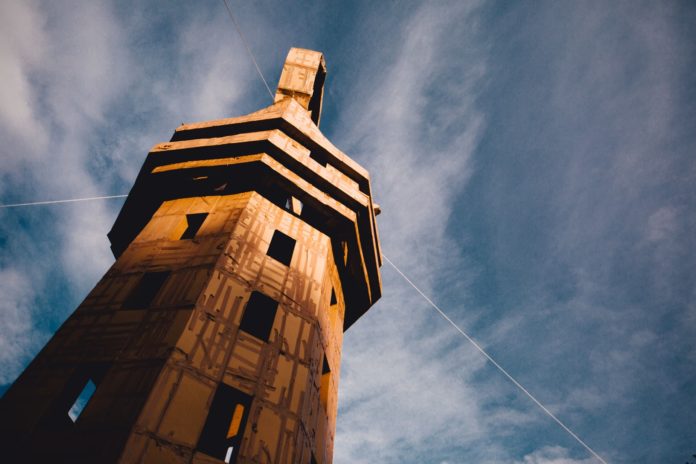 Olivier Grossetête , a French artist internationally renowned for creating extraordinary structures out of cardboard, will visit Liverpool in August 2018 to recreate some of the most significant architectural structures in the city’s 810 year old history. Liverpool’s Lost Castles will engage communities to rebuild the castles in the exact places they once stood.

Culture Liverpool have yet to announce the locations of the lost castles, but the ambitious project will also see performances and events held in and around the castles for one incredible weekend in August.

Olivier Grossetête , the artist leading this work, focuses on relationships between people and their environment, and between objects and their space. And the relationships the work ends up sharing with its audience can grow in all sorts of ways. The performances are not simply scheduled events, but the communal act of building, and the spectacle of demolition, all with an eye of the significance of the structures he builds.

In Liverpool 2018 though, the significance of the construction and demolition will be even more central to the installations as they are not just constructions of Grossetête’s imagination, but recreations of very real historical structures, that weren’t just a part of Liverpool, but the starting blocks of the city.

The event is part of Liverpool 2018, the tenth anniversary celebrations of 2008, Liverpool’s year as European Capital of Culture, and will form a core part of the artistic offering. Olivier Grossetête  visited Hull to build The People’s Tower in 2017 as part of their UK Capital of Culture celebrations and has presented these huge temporary structures all over Europe.

The inclusion of Lost Castles in Liverpool 2018 plans highlights the importance of looking back on looking forward, and gives communities the chance to think about the massive changes Liverpool has seen throughout its history. 2008 was one of those, and hopefully 2018 will be a chance to reflect on the impact that had, but more importantly an opportunity to build for the future.

Information on the event will be updated here, as and when it comes in, so keep an eye out to see if any of Liverpool’s Lost Castles will be resurrected near you.