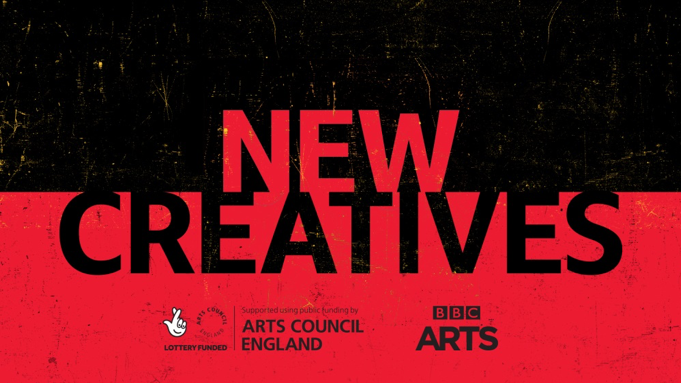 NORTHERN ARTISTS TO BE COMMISSIONED FOR THE NEW CREATIVES PROJECT

Emerging artists will be commissioned to make fresh and innovative short films, audio and interactive works in a new talent development scheme being launched today by BBC Arts and Arts Council England, with Newcastle’s very own Tyneside Cinema being chosen to represent the North of England.

New Creatives will give artists aged 16-30 the chance to develop their technical and creative skills and have work commissioned for BBC platforms. The programme will particularly focus on giving opportunities to young artists from backgrounds that are currently underrepresented in the arts and broadcasting.

Tyneside Cinema are one of five regional lead organisations (named New Creatives Network) with a remit to reach young talent and to provide a pathway into the sector, providing opportunities for young artists to develop professional and creative skills, and to encourage them to push their own creative boundaries, reach new audiences and reflect their experiences of living in Britain today.

Ian Fenton, Director of the award-winning Learning and Participation programme at Tyneside Cinema said, “We are delighted to have been selected as one of the five creative organisations tasked with representing New Creatives. As a team, our work will be focussed on the North of England, our ambition is to not only find emerging artists and filmmakers, and by that we are very keen to include those who may be dynamic, talented creatives in their own right but who have not necessarily had the support they need to develop their talent. We’ll then be looking to work with a select group of those artists to nurture, mentor and showcase their work in a multitude of ways, with the support of BBC Arts and Arts Council England.”

The Tyneside Cinema is known in the North for its extraordinary work with young people and creating pathways for growth in the film industry. As such it was recognised by the Royal Television Society who presented the team with an award in recognition of success in talent spotting and developing the next generation of film-makers. In particular, the cinema was considered to have excelled in their production of 72 short films for Channel 4’s Random Acts – a cult short film strand that showcased the talents of 16 to 24-year-olds from across the region.

Jonty Claypole, Director of Arts, BBC said: “The BBC has a long tradition of providing a platform to new talent and as part of this commitment we are partnering with Arts Council England for New Creatives. The scheme will offer fantastic opportunities, not only for the artists themselves but also for our audiences, who will be able to enjoy ground-breaking cultural content from an exciting array of the best emerging artistic talent today. New Creatives, along with Now & Next in Scotland, Two Minute Masterpiece in Northern Ireland, and a soon to be announced scheme in Wales, are all part of BBC Introducing Arts – a new way of offering commissioning opportunities to artists. I am really looking forward to seeing what they create for the first broadcasts this summer.”

Simon Mellor, Deputy Chief Executive Arts & Culture, Arts Council England said: “New Creatives is designed to build strong partnerships between arts and cultural organisations that we support across the country and their regional BBC counterparts. I am confident that these partnerships will unearth some really exciting, new voices and help develop a cohort of artists skilled in creating new types of content for radio, TV and online. New Creatives is a fantastic next stage in our long standing partnership with the BBC.”

Each New Creative hub has today published the first call out inviting artists to apply for the first round of commissions.  Details of how to apply can be found here: www.tynesidecinema.co.uk/new-creatives