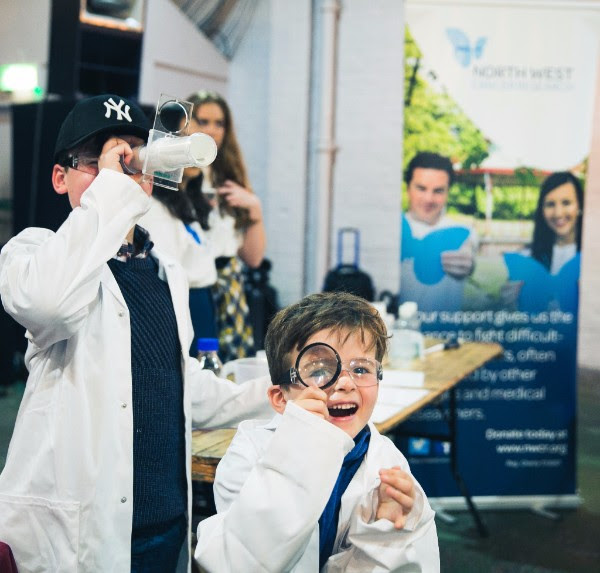 Liverpool-based North West Cancer Research, has signed up to this year’s Africa Oyé festival and will bring the magic of science to life for festival goers.

Taking place on 17th and 18th June, Africa Oyé is the largest free celebration of African and Caribbean music and culture in the UK, held at Sefton Park. This year celebrates the 25th anniversary of the festival.

As well as live music, the festival will also feature The Oyé Village – with more than 100 stalls selling food and drink from all over the world, arts & crafts, African clothing, hair demonstrations, face painting and much more.

A team of researchers, scientists and fundraisers from North West Cancer Research and the Liverpool School of Tropical Medicine and will have their own stall in The Oyé Village, where they will showcase the fun of science.

Children and adults alike will be able to try their hand at creating DNA out of strawberries, make their own DNA bracelets and more during the two-day event.

It is the first time North West Cancer Research has been part of the festival celebrations and is attending as part it’s aims to widen its engagement with the local community. It will also work with LSTM to raise awareness of cancer and wider health issues to Liverpool’s African and Caribbean communities.

Bobby Magee, fundraising manager at North West Cancer Research, said: “We are proud to be part of this year’s festival – which has grown to become one of the biggest and most popular summer events in the city. Our researchers will join the team over the weekend and we’ve some fun and interesting science experiments for kids and adults to try out.

“We’ll also be talking about the importance of cancer awareness and the vital role that research plays in the fight against cancer. It should be a great couple of days and we hope lots of people will pop over to our stall and say hi.”

North West Cancer Research is the biggest independent funder of cancer research in the north west of England. It has committed to funding more than £13million worth of research over the next five years.

Paul Duhaney, Artistic Director, Africa Oyé said: “We’re very proud at Oyé to be aligning ourselves with North West Cancer Research in our anniversary year. I lost my own father to cancer and there won’t be a member of our Oyé family that hasn’t been affected by it one way or another.

“The scientists at the NWCR stall will have some really innovative and fun activities to take part in so make sure you drop by when you’re exploring the festival site and find out more about the great work they’re doing.”

Africa Oyé is a registered charity and partially funded by the Arts Council of England North West and Liverpool City Council. The vibrant and inspiring event proved to be an integral part of Liverpool’s celebrations as year of European Capital of Culture in 2008, and continues to add a more diverse element to the city’s already renowned rich heritage in arts, music and literature

This year’s festival will take place from 12.30pm till 9.30pm on Saturday 17th June and Sunday 18th June and entry is free.

The Atkinson is Awarded £25,000 to Inspire Children with Disabilities

Artwork of the Week – Martin Jones