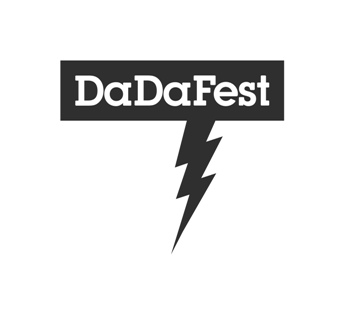 in partnership with the Bluecoat 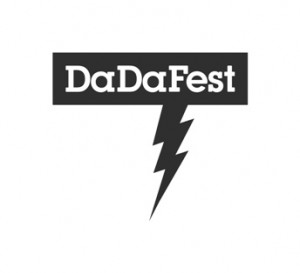 What is normal, who decides?

Niet Normaal: Difference on Display, a major international contemporary art exhibition will come to the Bluecoat, Liverpool this summer as part of DaDaFest 2012.

The exhibition also forms part of the London 2012 Festival, a spectacular 12-week nationwide celebration from 21 June and running until 9 September 2012 bringing together leading artists from across the world with the very best from the UK.

From Fri 13 July – Sun 2 September, the Bluecoat will be given over to this landmark exhibition, which will feature the work of over 20 internationally renowned artists including new commissions, each addressing a definitive question of our time: ‘what is normal and who decides?’, specifically focussing on language as freedom and language as imprisonment. This question is being examined through art that aims to celebrate difference in the year of London’s hosting of the Olympic and Paralympic Games, in the context of a disability and deaf arts festival.

Niet Normaal brings together important artworks by leading international artists who address this question . Adapted  from the highly successful Amsterdam exhibition conceived of and curated by Ine Gevers, which attracted over 50,000 visitors in 2010 (www.nietnormaal.nl), this will be the first showing in the UK of this compelling group of works.  Ine Gevers and co-curator Garry Robson have developed the show especially for DaDaFest.

What is this norm, and who actually satisfies it? Where do we draw the line? At a facial wrinkle, a depression, at someone who isn’t interested in getting ahead, at a visible prosthetic device, taking pills to improve intelligence, at major cosmetic surgery? Every minute of every day we make judgments about other people. We base these judgments on a host of superficial factors, appearance, health, age behaviour, cultural definitions of validity, where perfection is often assumed to be the norm or at least the goal. But what is perfection and who wants it?

Niet Normaal will display work by artists seeking out paradoxes and casting a keen eye on the world around them, and share their findings with visitors. The result is by turns shocking, humorous and touching. New spaces open up between temptation and confrontation: room for being different.

Niet Normaal co-curator Garry Robson said: “Through an exciting array of provocative contemporary works in a whole range of media this immersive exhibition stimulates visitors to think about their own definitions of difference and normality and suggests alternative ways of looking at Art, Science and Society.”

Ruth Gould, CEO of DaDaFest, said: “Niet Normaal is a major offer in DaDaFest this year. I am delighted that it is also part of the London 2012 Festival. Not only is the exhibition a stirring and thought provoking collection of works in its own right, it is moving on the debate of how everyone is affected by issues of disability at some point in their lives and it brings it into the mainstream. It’s made especially poignant in a Paralympic year.”

Bryan Biggs, Artistic Director at the Bluecoat said: “We are delighted to host this important exhibition which raises pertinent and provocative questions at a time when much focus will be on sporting attainment and ‘the body beautiful’. Our partnership with the exhibition curators and DaDaFest, part of the creative community in our building, is a fruitful collaboration and promises to result in a highly engaging exhibition.”

There will also be a series of talks, films, workshops and seminars during the period, where the public, artists and other practitioners can come together to discuss the exhibition and the issues it raises.

DaDaFest 2012, the biggest, most comprehensive and challenging festival of Disability & Deaf Arts in the world, takes place in Liverpool from Fri 13 July – Sun 2 September, with the majority of live events concentrated in the last two weeks of August. These range from cutting-edge comedy to deaf culture events and leading international musicians, in a programme that will both entertain and present artforms from different cultural perspectives. The Festival’s theme, TransActions – Fluid Bodies: Shifting Identities, will look at how disability affects us all, examining exchanges that occur between people and technology, and how a sense of identity is bound up with our changing bodies.

‘Under the Bridge’ – Liverpool and Gdansk art interventions

Around The City in 80 Pubs