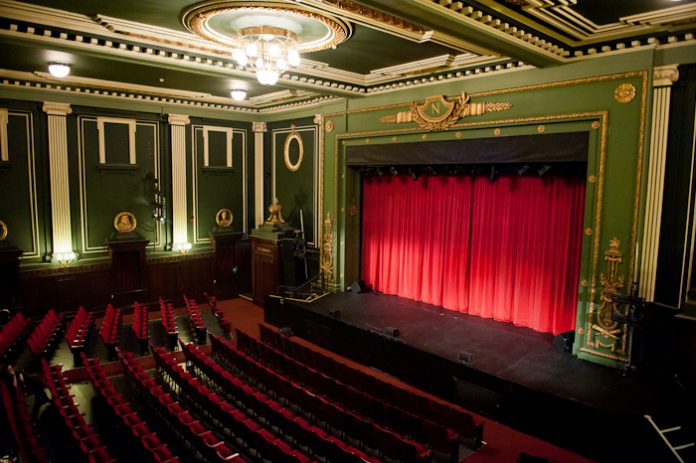 The Epstein Theatre has received £46,300.00 from the Heritage Lottery Fund (HLF) for an exciting project, called Celebrating the Epstein.

Led by members of the Theatre’s staff with the help and participation of enthusiastic local volunteers, the project will focus on the theatre’s history and the central role that it played in forming the city’s artistic heritage.

By engaging with members of the local community and past employees of the theatre, the team will collect mementoes and stories and present them as archives and workshops that will give a uniquely detailed and insightful look into the history of The Epstein Theatre.

This process will not only provide the city with an inspiring sense of its own past but will also help the Epstein staff and volunteers to develop and hone their research and presentation skills.

The Epstein Theatre has had several different names since it first opened as The Crane’s Music Hall in 1913. It soon became a space for local amateur theatre groups and went on to become The Crane Theatre. It then changed its name again to The Neptune Theatre to honour the city’s sea fairing tradition and then once more in 2012 to the Epstein Theatre in honour of Brian Epstein, the man who made The Beatles.

At every point in its history the theatre has been an essential part of Liverpool’s creative scene and has left visitors from all over the world with countless happy and life enriching memories.

Commenting on the award, General Manager Rebekah Pichilingi said: “We are thrilled to have received the support of the Heritage Lottery Fund and are confident the project will allow the people of Liverpool to take an enormous amount of pride in the cultured and creative city that they call home.

“This is largely due to Mayor Joe Anderson and Liverpool City Council who had the foresight to restore this amazing theatre to its former beauty. This project will now give us the chance to bring to life the stories and the memories for those who have cherished the Epstein throughout its 100-year journey.”

Sara Hilton, Head of the Heritage Lottery Fund North West added: “We are delighted to support this project as these people’s lives are inextricably woven into Liverpool’s rich history.

“Sadly, it is an element which is in danger of disappearing as it slips out of human memory. This project will not only capture those vital memories but in doing so will give different sections of the community the opportunity to meet, forge new friendships and learn new skills. Together they can celebrate, and take pride in their past.”

Hirst, Tillmans and Shonibare feature in a new exhibition at the...