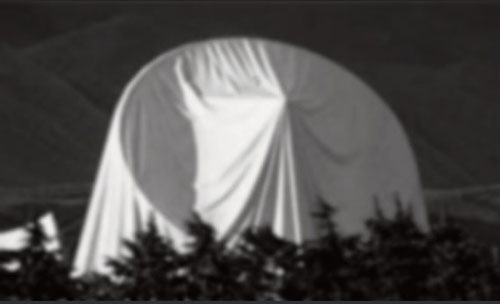 Liverpool-based artist, Imogen Stidworthy (Liverpool Art Prize winner 2008) has a new exhibition at Matt’s Gallery in London from 25 May to 27 July 2011.

For her second exhibition at Matt’s Gallery, Imogen Stidworthy has developed a new work which focuses on the act of listening to reflect on how we locate ourselves and are positioned in social space. In (.) listening moves fluidly between a state of being and an act, between immersion in and scrutiny of people through their voices.

The installation organises the gallery into spaces related to the office and city streets through different forms of image, inviting the viewer to move through different spaces and subject positions. Subjective and political implications of the voice are reflected in the installation through the figure of Sacha van Loo, who is employed by Antwerp Police to analyse wiretap recordings. Having been blind since birth, for him the world is understood and pictured primarily through sound and his finely tuned listening connects him to others with unusual sensitivity; fluent in seven languages, he is able to recognise hundreds of different accents and dialects. In his job these powers are part of the bureaucratic process of determining guilt or innocence; sifting through scraps of language he decodes speech and designates voices, identities and intentions, breaking down the borders between private and public space.

A splinter of fiction enters this factual scenario in a passage from Solzhenitsin’s novel ‘In the First Circle’. In the book a group of imprisoned Soviet scientists and linguists have been commanded by Stalin to develop two machines: a voice scrambler designed to turn sense into nonsense, to protect his personal telephone line, and a voice-printing machine to identify people through paper print-outs made from covert voice recordings.

Through this ‘faction’ the work alludes to the intimacy and the violence of our contemporary culture of transparency. At the heart of the work is a tension between observation and interpretation, detachment or immersion. Different forms of image, made and perceived according to different paradigms, open out to a broader question regarding the nature of the image itself, which is present less as a given language than as a process of formation.

Message in a Bottle (Tsunami Tribute)

‘Turning The Place Over’