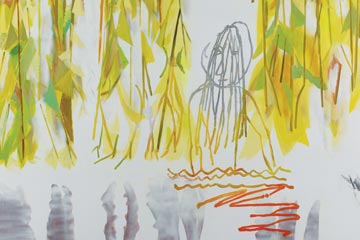 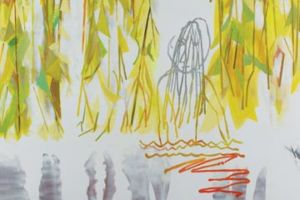 LJMU and Shanghai University are pleased to announce the launch of the John Moores Critics Award in the UK, which recognises emerging new talent in critical writing about contemporary art.

The Awards in Shanghai and Liverpool will provide an international platform for budding critics in both countries to connect with their audiences and arts communities.

In the UK, entrants will have to focus their critical eye on this year’s John Moores Painting Prize shortlist.

The UK Award will be launched on Thursday 20 September and closes on 28 October. Winners will be announced publicly at the Walker Art Gallery (Liverpool) on Friday 16 November 2012.

Professor Juan Cruz, artist and Director of the LJMU School of Art and Design commented: “Critical writing about art, and art itself – like all forms of independent thinking – are constantly under threat from the pressure to conform exerted by social, political and consumer forces, whether in China or the UK. This new award is an important way to bring those pressures to mind and to resist them, as well as to share experience between two significant art schools in the two countries.”

Professor Wang Dawei, Dean of the College of Fine Arts at Shanghai University said: “Our responsibility as scholarly and socially engaged organisations is to develop critical thinking about art and the importance of international cultural exchanges. This is particularly important as Liverpool and Shanghai are twinned cities and have a breadth of shared history and contemporary alliances.”

Two winners, one from the UK and one from China, will be selected by an esteemed panel of judges (see Notes to Editors). Each will receive £2,000, plus the opportunity to complete a three week exchange visit to either the UK or Shanghai, as guests of either LJMU or Shanghai University. The winner from this year’s Award in China will be visiting Liverpool during the Biennial.

Four further awards of £1,000 will be presented to two highly commended entrants to the competition in each country.

Winning entries will also be published on a new dual language John Moores Critics Award website and published in a bilingual publication, alongside the winners of the John Moores Painting Prize. This will be jointly edited by LJMU’s School of Art and Design and the University of Shanghai.

Critics of all ages and abilities are welcome to enter. Although the Painting Prize exhibition is open till 6th January, the Critics Award is open until Sunday 28th October. Entries received after this date will not be considered so please bear this in mind if you would like to enter.

Once you have visited the show at the Walker Art Gallery, consider what you have seen and think about how it has inspired you or otherwise. We encourage you to read the details in the official Painting Prize catalogue and online, then write your response piece, aiming for between 750-1000 words or equivalent in Chinese characters. Each piece will be judged anonymously and the winners’ names will only be revealed to the judging panel once a unanimous decision is arrived at.

All works should be electronic rather than paper-based, and emailed to: jmca@ljmu.ac.uk

The name ‘John Moores Critics Award’ is used with support of the Moores family, and the scheme has received recognition from the Walker Art Gallery (National Museums Liverpool) and Liverpool Biennial.

The main sponsor of the 2012 Awards is the DSL Collection, Paris. Additional support is offered by The British Council China, within the framework of their ‘China-UK Now Festival’ celebrations.

The Award is delivered in association with the UK Section of the International Association of Art Critics (AICA UK).

Both Awards are adjudicated by a panel of judges, comprising:

More on those Pink Bunny artists