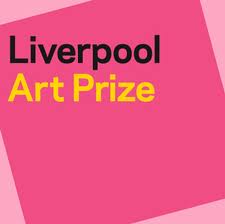 In the wake of the announcement of the four talented local artists who have been shortlisted for Liverpool Art Prize 2013, the prize’s organisers Metal can now reveal that this year’s exhibition of finalists’ work will move into Liverpool city centre for the very first time in the competition’s six-year history.

The 2013 Liverpool Art Prize Exhibition will be housed in the Grand Hall at the city’s historic Albert Dock – which this year celebrates the 25th anniversary of its official reopening – from Friday, April 26, until Saturday, June 8.

The shortlisted artists will need to continue to impress the panel with the work they exhibit at the Liverpool Art Prize exhibition in order to win. The winner will be revealed at an awards ceremony on Wednesday, May 29, at which the People’s Choice Award winner will also be revealed. The overall winner of the Liverpool Art Prize will receive £2,000 and be offered a show at The Walker Art Gallery during the ensuing 12 month period. A People’s Choice Award winner, determined by a public vote from visitors to the exhibition, will receive £1,000.

Jenny Porter, Project Manager at Metal, said: “We’re really excited to be working with Albert Dock bringing the Art Prize into this great location. It’s very special to make this happen in the 25th anniversary since the regeneration of the Dock began.”

Graham Cook, Director of Albert Dock Company, said: “The Albert Dock Company is delighted to offer the Grand Hall for use by the Liverpool Art Prize. We are always interested in partnering with arts initiatives and the Liverpool Art Prize is such a firm fixture on the city’s calendar we couldn’t refuse. This should be a good addition to the full events programme taking place at the Dock in its 25th year of regeneration.”

The Liverpool Art Prize is a competition of contemporary art, which was inspired by the Turner Prize coming to Liverpool during the Capital of Culture year in 2008. It is open to all professional artists based or born in Liverpool City Region, including the surrounding boroughs of Liverpool, Wirral, St Helens, Knowsley, Halton and Sefton.

Previous Liverpool Art Prize winners are Robyn Woolston, Imogen Stidworthy, AL and AL, David Jacques and Marcus Soukup who exhibited at the Walker Art Gallery as part of his prize in 2012. The previous People’s Choice winners are James Quin, Brendan Lyons, The Singh Twins and Elizabeth Willow, who have also gone on to achieve great respect within the industry. Robyn Woolston, last year’s winner, is presenting her exhibition at the Walker Art Gallery, ‘Stranger in a Strange Land’.

Council’s 2017 culture programme attracted over one million visitors to the...