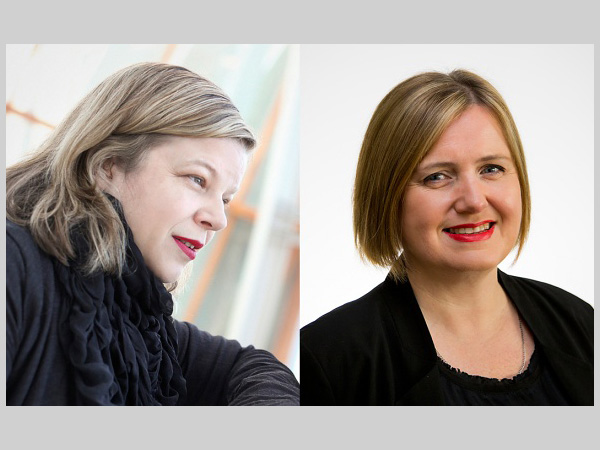 Two new senior appointments have been announced by Liverpool Biennial.

Kitty Scott, Carol and Morton Rapp Curator, Modern and Contemporary Art at the Art Gallery of Ontario, Canada, will be Co-curator of Liverpool Biennial 2018.

Julie Lomax, currently Director of Visual Arts, Australia Council for the Arts, will join Liverpool Biennial as Director of Development, starting in March 2016.

Sally Tallant, Director of Liverpool Biennial, said “We are delighted to be able to appoint such exceptional international colleagues to join our team and look forward to working with them in Liverpool. Securing these significant appointments demonstrates our commitment to long-term planning and to ensuring that there is a consistency of vision for the development of the programming for Liverpool Biennial in the future.”

Kitty Scott is the Carol and Morton Rapp Curator, Modern and Contemporary Art at the Art Gallery of Ontario, Canada. Previously she was Director of Visual Arts at The Banff Centre, Canada; Chief Curator at the Serpentine Gallery, and Curator of Contemporary Art at the National Gallery of Canada. Her extensive resume includes exhibitions of artists such as Francis Alys, Stephen Andrews, Janet Cardiff, Paul Chan, Peter Doig, Janice Kerbel, Ragnar Kjartansson, Ken Lum, Scott McFarland, Silke Otto-Knapp, Frances Stark and Ron Terada. She was a core agent for German’s dOCUMENTA (13) in 2012. Scott has written extensively on contemporary art for catalogues, books and journals and edited the publication Raising Frankenstein: Curatorial Education and Its Discontents (2010). She regularly lectures at arts schools and curatorial programmes throughout North America.

British born Julie Lomax originally trained as an artist, graduating from Chelsea School of Art in 1987. Her extensive experience in arts management in the UK included the post of Director of Visual Arts for the London region for Arts Council England, with responsibility for a portfolio of organisations including the Whitechapel Gallery, Serpentine Gallery and Artangel. In London, she was commissioner for the Fourth Plinth contemporary art project in Trafalgar Square, a member of the commissioning panel for artworks in the 2012 Olympic Park and was a steering group member for Art on the Underground. She joined the Australia Council for the Arts in February 2012, where she was responsible for $13.1 million funding for artists and visual arts organisations and where she led a sector wide consultation across Australia to develop a new Visual Arts Plan, and developed major international partnerships. She returns to the UK in March 2016 to take up her post at Liverpool Biennial.

Independents Biennial kicks off in style with 200 artists across Merseyside

New Museum of Liverpool Gets The Go Ahead

No Lantern Parade This Year but…