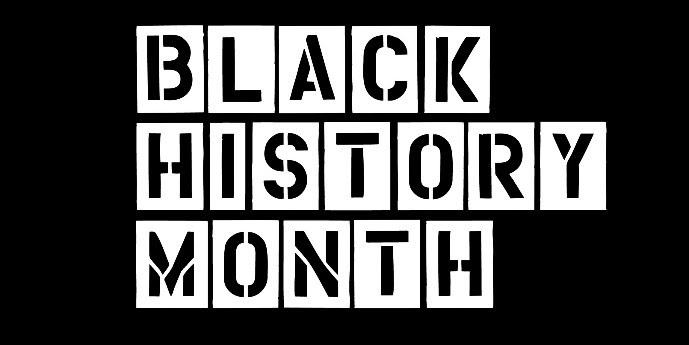 National Museums Liverpool has announced a number of not-to-be-missed events taking place across its museums and galleries to mark Black History Month.

Highlights from the events programme, which runs throughout October, include thought-provoking displays, topical talks and discussions, a series of film screenings and author-led storytelling for children.

Schools can also take part, with two new virtual classrooms exploring the legacies of transatlantic slavery, funded by the Liverpool Combined Authority City Region. Launching on 4 October, they are designed for Key Stages 2 and 3. The workshops, which can be booked online, enable students to discover the connections between transatlantic slavery and contemporary issues and campaigns.

Laura Pye, Director of National Museums Liverpool, said: “We’re looking forward to celebrating Black History Month with a varied and engaging events programme, which visitors can get involved with both across our venues and online.

“This year, we’re working closely with Community Producer Cherise Weaver, to facilitate stimulating conversations with Liverpool’s diverse communities. Cherise will be collaborating with artists to help us to showcase some exciting creative events and activities.”

Events to look out for include:

The Lady Lever Art Gallery is placing a painting featuring an enslaved African person at the front and centre of its displays. The oil painting of Catherine-Marie Legendre, painted about 1705 and attributed to Jean Baptiste Santerre (1658-1717), is the only item from the gallery’s 18th century collection to depict a person of colour. Following a period in conservation, the painting will be on display from 1 October 2021 in a new and more prominent position on gallery, acknowledging its context. The Gallery will be inviting comment in order to begin a conversation with visitors about how problematic and disturbing works might be displayed in a way that ensures the collections are not seen and viewed through a single historic lens, but instead reflect multiple histories.

An opportunity to join the Museum’s Learning & Participation Team as they talk through the fascinating stories of some of the many inspirational Black British people connected to Liverpool.

A talk by author Lucy Bland, drawing on research from her book Britain’s ‘Brown Babies’: The stories of children born to Black GIs and white women in the Second World War. The talk will focus on the children born to Black GIs and local women in Liverpool and Merseyside, during the Second World War. ‘Brown Babies’, a term coined in the 1940s by the African American press, referred to approximately 2,000 babies, born from relationships between Black GIs and the white women they met while stationed in the UK. During this talk, Lucy will also be joined by Liverpool-born people identifying with the term ‘Brown Babies’, who will present their own lived experiences of growing up in all-white and predominantly racist environments. Lucy Bland is Professor of Social and Cultural History at Anglia Ruskin University, Cambridge.

Museum of Liverpool will also host a pop-up display exploring this history between the 2 and 17 October.

A film screening and panel discussion with members of Liverpool’s African diasporic community. Panel members will reflect on a series of workshops they attended at the Museum. The workshops – recorded in the winter of 2019/20 – were designed to help the Museum rethink the display of its Benin collection, and address historical legacies of injustice to create a more inclusive and engaging display. The new display, which will include a number of looted items, is part of the World Cultures gallery, which will reopen in 2022. The gallery will celebrate the Edo Kingdom’s brilliant inheritance of court art, and confront the violent colonial history behind its theft by a British force in 1897. Free event, online booking essential.

Joseph Johnson was a Black sailor who lived 200 years ago. Younger visitors are invited to get creative and try their hand at making a replica of his hat.

A special screening of a series of short films and documentaries by Akoma Arts that celebrate decades of creativity, art, and history in the Liverpool 8 community. The films are a retrospective reinterpretation of archive footage, reconnecting the past and present and exploring Black Life in L8 through film. They show the hub of grassroots creativity that exists in L8, bringing visibility and a voice to a marginalised community. Films are part of the mechanism to challenge and bring change, raising awareness of cultural creative activities, celebrating local heritage and bringing joy.

Close up on slavery, abolition and activism

Visitors are invited to get hands-on with some important objects by joining the Learning & Participation Team as they present the International Slavery Museum’s handling collection, including artefacts that are carriers of history and inspiring examples of resilience and activism.

Join us for an afternoon of discussion and performance to reflect on the events of 1981 in this 40th anniversary year. With national activists, artists and commentors, we will remember the uprisings which swept UK inner cities and consider their legacies and lessons for today. This event is produced in partnership with Writing on the Wall and The Institute for Creative Enterprise at Edgehill University.

James ‘Jem’ Wharton was one of the most successful boxers in Britain in the first half of the 19th century. He represents a long history of Liverpool-based Black people’s achievements in boxing. As part of the National Portrait Gallery’s ‘COMING HOME project, the Museum of Liverpool displays a portrait of Jem, painted in 1839 by the Liverpool artist William Daniels.

Black History Month is a nationwide celebration of African and Caribbean culture, arts and history. Taking place annually during October, it recognises the achievements and contribution of Black people to British society.

To find out more about Legacies of Transatlantic Slavery virtual classrooms, visit liverpoolmuseums.org.uk/learn/virtual-classrooms