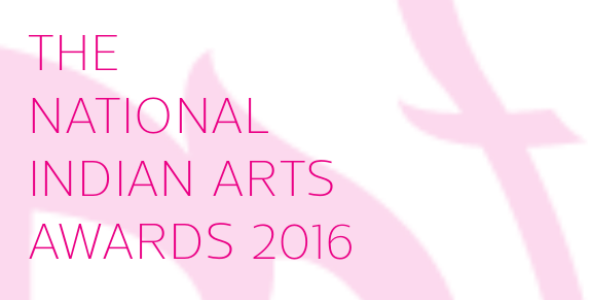 Milapfest is delighted to report that the National Jury have concluded their deliberations for the National Indian Arts Awards, and have chosen a distinguished list of teachers and young musicians ahead of the glittering presentation ceremony to be held on 20thOctober in London’s Nehru Centre.

This years awards with be presided over by Sir Peter Bazelgette, the Chairman of Arts Council England and the ITV group, who will also be presenting the awards to the recipients.

The National Indian Arts Awards, which are now into their second year, honour the best talent in classical Indian music and dance, both nationally and internationally. The awards serve as a way of recognising the dedicated professionals who have worked tirelessly to ensure that their children, as well as local communities, have good opportunities to learn about their arts and heritage through teachings and performances.

This year’s ceremony will also posthumously honour the magnificent contribution of one of the most respected Carnatic teachers, Smt. Saraswati Packirajah, who sadly passed away in July this year. Milapfest has decided to honour her memory by establishing a new Senior Scholarship named after her, to be awarded to an outstanding young Carnatic vocalist from the UK.

Additionally, Milapfest is delighted to announce that beginning this year, we have instituted a new International Arts Award to honour the distinguished contribution of an international artist to the cause of promoting and strengthening Indian Arts & Heritage on the global stage.

Furthermore, each year Milapfest hosts an annual competition performance evening to find the next ‘Young Musician of the Year’ during the popular Indika Festival in Liverpool. The award recognises and applauds the talented young artists who have dedicated themselves to the practice, preservation and promotion of Indian classical arts in  the UK and beyond.

For a full list of award winners, please see the original announcement here.

This is “The Best British Art Blog”

Towards a new Urbanism – Symposium

Its Time to Apply for Culture Company Grants