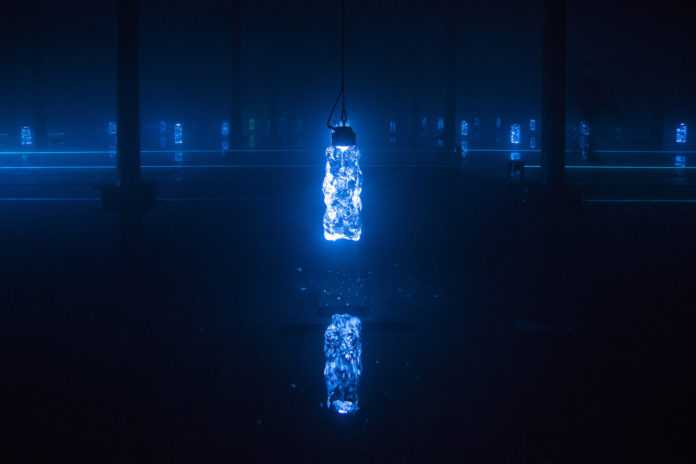 Mike Stubbs, Director and CEO of Liverpool’s Foundation for Art and Creative Technology, better known as FACT, has announced he is to step down after eleven years at the helm.

Under Mike’s leadership, FACT, sited on Wood Street, has become one of the UK’s leading centres for new media and cutting edge digital art and garnered an international reputation for excellence.

Mike says: “After 11 years, I am leaving to focus on my own creative practice as an artist and pick up new opportunities as a programmer and advisor. This week, my new show ‘Strata – Rock – Dust – Stars’, comes to fruition and opens at York Art Gallery as the main exhibition for the inaugural York Mediale.  I leave with great pride and wish all the staff, associate artists and the institution itself, amazing new journeys to new horizons. “

Of his tenure at FACT Mike adds: “I arrived with my family from Melbourne to the buildup of an ambitious European Capital of Culture 2008. I have seen people queue around the block to listen to Quentin Tarantino, see Shia LaBeouf get tattooed in our gallery, and most recently, witness Agnès Varda speak so eloquently with leading curator, Hans Ulrich Obrist. Now, 11 years later, I am very proud to have commissioned ‘Aurora’, an immersive, site specific art installation in Toxteth reservoir – a massive endeavour and perhaps FACT’s most ambitious commission to date, but like much of the best work – edgy and topical. “

This year, FACT celebrates its 15th year anniversary in its RopeWalks home – a district of the city that has become a vibrant, heart of Independent Liverpool. Through research and exhibitions FACT continues to address some of societies’ most prescient issues, captured in many its exhibitions: Climate for Change, Time and Motion – Redefining Working Life, Group Therapy, Follow, How much of this is Fiction?

Other initiatives created during Mike’s tenure, like Veterans in Practice, funded by the Paul Hamlyn Foundation, have literally changed lives. Veterans in Practice gave former soldiers the opportunity to unleash artistic and storytelling skills to help them deal with their experiences, a project starting from a major commission by Krzysztof Wodiczko.

Mike says: “It is this progression or elevator of talent that is inspirational.  The Veterans in Practice programme would lead to our Digital Ambassadors programme.”

Rachel Higham, Chair of the Board of Trustees, said: “We are enormously grateful to Mike for everything he has done for FACT and are sorry to see him go. The building is a place where challenging, engaging and thought-provoking art from around the world can be enjoyed for free by tens of thousands of visitors every year.  Mike leaves behind him a very solid foundation on which we can continue to build.

“Everyone at FACT wishes him a long, creative and inspiring future.  We now begin the hard task of finding a new CEO for FACT, a world leader in international media arts.”