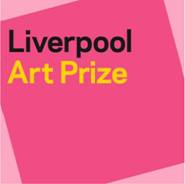 Following the success of last year’s competition, Metal is proud to announce that the nominations are now open for the Liverpool Art Prize 2014.

Entering its 7th year, the annual competition for artists born or based in the Liverpool City Region is exhibited, administered and managed by Metal at Edge Hill Station. The prize of £2000 pounds is awarded to the winning artist. The winner of the People’s choice award decided on by the public voting at the gallery will be awarded with £1000.

Last year Tabitha Moses scooped the award, winning both the People’s Choice and the overall prize, for the first time in the history of the prize.  In an exhibition held at the Albert Dock’s Grand Hall, Tabitha’s work impressed the judging panel, composed of Tim Etchells (Visual Artist and Writer), Sally Tallant (Artistic Director and CEO of the Liverpool Biennial),Laura Davis (Arts Editor Liverpool Daily Post), and Robyn Woolston (Visual Artist, Winner of LAP2012). They had the difficult task of choosing between the four shortlisted artists, which alongside Tabitha featured, sculptor Kevin Hunt based at Liverpool’s The Royal Standard, performance artist Julieann O’Malley and recent Sky Arts Futures Fund recipient Laurence Payot.

Tabitha Moses’ work featured embroidery, drawing, photography and light boxes, which were made in response to infertility. In addition to the main prize, Tabitha Moses won the public vote and won the £1000 ‘People’s Choice Award’ which this year was dedicated to Liverpool artist Joe Bampton who sadly passed away in February 2013.

This year’s judging panel will be composed of:

Pavel Büchler, a Czech-born, UK-based artist, teacher and occasional writer. Büchler belongs to a generation of artists directly influenced by the discoveries of 1970s conceptual art.

Laura Davis, Arts Editor at Liverpool Daily Post , who will once again be joining the Liverpool Art Prize judging panel. With her “finger on the pulse” of Liverpool arts, she covers theatre, music, dance and the visual arts in Merseyside and beyond.

Jude Kelly, OBE is founder and Chair of Metal and currently artistic director at the Southbank Centre. She is an award-winning theatre director who for the last five years has been one of the top ten most powerful people in British Theatre.

Francesco Manacorda, Artistic Director of Tate Liverpool and former director of Artissima, Turin’s international art fair. He has previously been curator at London’s Barbican Art Gallery and is a visiting lecturer at the city’s Royal College of Art.

Nominations are open to any contemporary visual artist based in or born in Liverpool City Region (including the boroughs of Halton, Knowsley, Sefton, St Helens and Wirral) and the shortlist of four artists will be decided by the judging panel following the open call for nominations.  Artists can nominate themselves.  Metal will contact each artist for further information to support their nomination.  The judges will be considering the impact and contribution the artists have had on the art scene in the previous year.

Please visit www.liverpoolartprize.com  before Friday 1 November  to cast your vote!

With local artists generating such a buzz inside the region and beyond it, the Liverpool Arts Prize also grows in significance, shedding light on the vitality of artistic work made in the Liverpool City region, supporting and honouring its artists. So keep your eyes on the new nominations and date announcements for 2014.