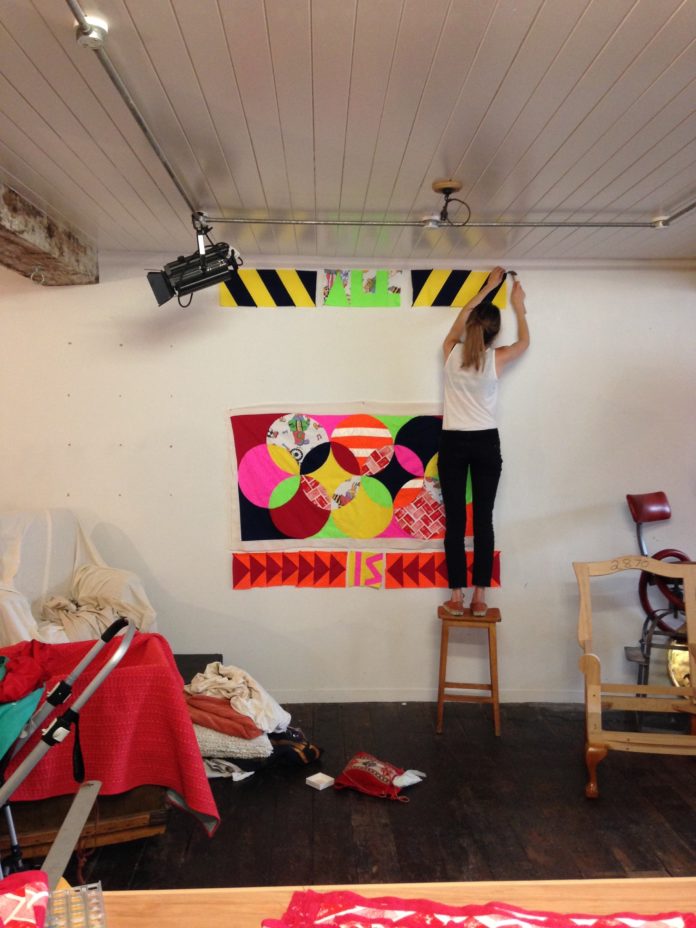 METAL is delighted to announce their involvement in PROCESSIONS, a mass participation artwork to mark 100 years since women were first given the right to vote in Britain.

PROCESSIONS will invite women* and girls from  across the UK to come together on the streets of Belfast, Cardiff, Edinburgh and London on Sunday 10 June 2018 to mark this historic moment in a living, moving portrait of women in the 21st century.

METAL is one of 100 organisations who will work with groups of local women in the lead-up to the event, to create a banner which will form part of this vast artwork.

The banner-making workshops will focus on the participants sharing their own experiences of womanhood today; the outcome of these discussions will then inspire the creation of a beautiful banner that the women will take to London in June.

Metal have commissioned graffiti and mural artist Cristina Lina (www.cristinalina.com) to work with women from around the Liverpool area, including young girls from Wavertree based Harthill Youth Centre, and year 5 pupils at Lawrence Community Primary School as well as other local community groups. Workshops are free and will commence from the 5-9 February and will also continue through March.  For further details visit www.metalculture.com/projects/processions.

On Wednesday 7 February at 6pm there will be a free open workshop at Metal’s space at Edge Hill Station. If you are interested in getting involved, or would like to book a workshop in your space please contact Jenny on 01517072277 or at jenny@metalculture.com.

*those who identify as women or non-binary

“The 100th anniversary of the passing of legislation which made universal suffrage unstoppable is a moment both for celebration and reflection. Individuals and groups up and down the country, including Metal, will be at the heart of this UK-wide artwork. What they make and bring to their chosen procession on Sunday 10th of June will form part of a unique living portrait of women today.”

PROCESSIONS is commissioned by 14-18 NOW and produced by Artichoke. With support from the National Lottery through Arts Council England and the Heritage Lottery Fund, and from the Department for Digital, Culture, Media and Sport.

PROCESSIONS Cardiff is produced by Artichoke in partnership with Festival of Voice and Wales Millennium Centre.

Take Part in the Liverpool ONE Piano Festival