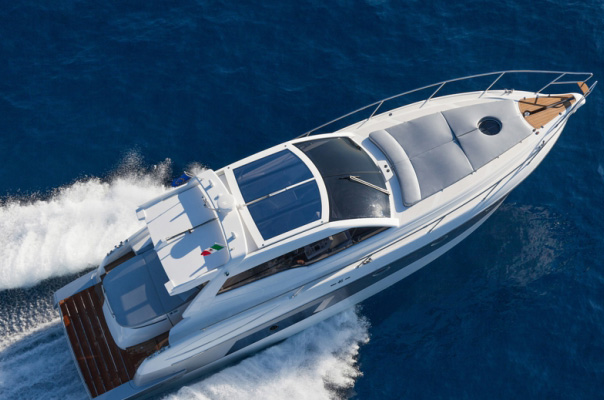 LIVERPOOL’S popular maritime festival is returning with brand new additions to the line-up.

The International Mersey River Festival in partnership with Kier Group returns for the fifth consecutive year on Friday 3 to Sunday 5 June 2016.

This year’s FREE event has some exciting new activities including:

The British ThunderCat Racing Tour: For the first time the city will host rounds of this spectacular championship throughout both days of the festival. More than 18 boats will battle it out on the Mersey reaching speeds in excess of 65mph and the impressive demonstrations are expected to bring in huge crowds.
Event Director Fiona Pascoe is thrilled with the new partnership, commenting: “We are really pleased to be going to Liverpool and have heard how fantastic the local community are at getting involved. We hope to provide some memorable entertainment for all the family. Anyone wishing to assist us over the weekend should contact us, we are always looking for volunteers to help and join in on the fun.”
For more information visit www.thundercatracing.com or call 02380 240 388.

Industry Pro Wakeboard Tour: The UK’s only professional wakeboard tour is coming to the International Mersey River Festival and will see some of the top athletes compete through at Salthouse Dock using floating jumps and ramps to perform heart-stopping tricks. A few wildcards will be thrown in to the mix to ramp up the tension as they join former national champion Christian Koester and up and coming athletes like Ryan and Liam Peacock. Some local talent including Harley Somerville and Alex Brandwood will also be showcasing their skills with a total of 16 riders taking part across the two days.
Managing Director of Industry Wake Parks, Tim Woodhead, said: “The Pro Wakeboard Tour will bring the UK’s best wakeboarders into the heart of Liverpool. Spectators can get full 360 degree viewing in the amazing Salthouse Dock and will be very close to the action. Huge jumps will see the wakeboarders performing monster tricks like 720’s, Moby Dicks, Tantrums and hopefully some double flips.”

Daniel Adamson first view: Following its £3.8million restoration, the Daniel Adamson steam tug tender is making its refurbished debut at the festival where it will be in full working order for passengers for the first time in 95 years. The 113 year old boat is the UK’s only passenger steam vessel and will take passengers on a unique cruising experience as well as giving them access to a floating, interactive museum. This will be a ticketed event and a dedicated website which will allow people to book their place will be live in the forthcoming weeks. In the meantime, people can find more at www.danieladamson.co.uk.
Dan Cross Chairman of the Daniel Adamson Preservation Society, said: “We cannot wait to be part of the International Mersey River Festival, this will be a significant event for us as ‘The Danny’ will be finally launched to the public as a new cruise attraction for Liverpool at the festival and will be seen taking on board passengers at the cruise terminal, which will be a very proud day for all involved in the boat’s restoration.”

Making a welcome return for the second year is the Northern Boat Show, and thanks to its popularity in 2015, this year’s show will see quadruple the number of boats on display. It covers all aspects of the leisure marine industry and there will be displays of power boats, cruisers, narrow boats, and sail boats and features some of the biggest brands in the marine world such as Bavaria, Beneteau and Dufour Yachts. The land-based part of the exhibition is free to all, and there is just a £5 charge to be able to access the pontoons. To book the early bird tickets (cost will rise to £8 from May) or for more information, visit www.northernboatshow.co.uk.

Richard Milbourn, Director of the Northern Boat Show said, “Being part of the International Mersey River Festival and being able to showcase boats in Liverpool with its world-renowned waterfront and maritime heritage gave the Northern Boat Show a real buzz and numerous attractions for visitors. Exhibitors were delighted with the quantity and quality of visitors which has been reflected in virtually all the exhibitors re-booking for this year’s Show.

“We’re very excited this year to be taking over nearly the whole of Salthouse Dock to accommodate the glut of boat bookings already confirmed. Most importantly, it combines the best of all boat shows by having the land-based exhibition on the quayside overlooking the boats in the water with the added advantage of city centre facilities on its doorstep.”

And on top of this there will be the usual favourites returning in June including the visit of 60 narrow boats (as part of the Eldonian Village Canal Festival which celebrates 200 years of the Leeds-Liverpool Canal), four Tall Ships, the International Canoe Polo Tournament, jet skiing demonstrations, Zap Cats, have-a-go water sports sessions at Salthouse Dock, flyboarding and thrillingly heart-stopping Yakovlevs air display.

The Royal Navy and Royal Marines Village will be located at the area around the Cruise Liner Terminal’s passenger lounge. Visitors will be able to see helicopters, recruitment vehicles and diving tanks courtesy of the Royal Navy, and the Royal Marines will be entertaining crowds with unarmed combat and weapons displays. As part of this the Sea Cadets will be performing their field gun window ladder semaphore and club swinging displays.

There will also be a dedicated children’s area which will include street theatre, arts and crafts.

Following on from last year, the festival will link up with Dublin’s River Festival as both cities pay tribute to each other’s maritime links. Full details will be announced in the forthcoming weeks.

With a theme of ‘Soundwaves’, the music element of the festival is currently being programmed and will return once again with the Main Stage at the Pier Head, the Sound Waves stage located at the Mann Island Basin and the Ship Stage on board a vessel at Hartley Quay. As well as household names, there are expected to be performances from community choirs, the Royal Marine Band, Irish bands and some homegrown talent.

Assistant Mayor and Cabinet Member for Culture, Tourism and Events, Councillor Wendy Simon, said: “The line-up for this year is so strong and it’s a credit to everyone involved that the River Festival has established itself as an event that external organisations want to be part of.

“The Pro Wakeboard Tour, ThunderCat race, the Daniel Adamson and the return of the Northern Boat Show are all huge coups and will undoubtedly bring in large crowds.

“It’s a busy weekend for our waterfront, but year on year we continue to get great feedback from visitors who really enjoy the family friendly experience. There’s always a real appetite for events which focus on or around the river and I’m sure 2016 will be no exception.”

Made In Liverpool 06 – Reminder

Chinese Art Exhibition at Calderstones – One Week Only