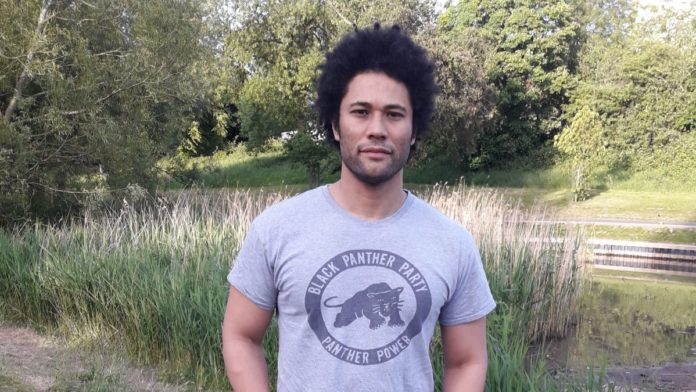 Mandela8 are pleased to announce that Laurence Westgaph has been appointed as their new Community Heritage Project Manager.

The political activist and television presenter will head up a new project, supported by the National Lottery Heritage Fund, that will uncover and reveal key elements of Liverpool 8’s community heritage, with a particular focus on activism during the years of the anti-apartheid struggles and on local people’s connections with Princes Park.

Laurence comes to the role as both a trained historian and a local L8 community member with a particular interest in the history of Liverpool and the Black community. Over the years, his historical commissions have included work with English Heritage, BBC, National Museums Liverpool, The History Channel, the University of Liverpool and the Historic Society of Lancashire and Cheshire.

Born and raised in L8 as part of a family with multi-generational links to the area, and one that’s been involved in community activism in Toxteth for at least three generations, Laurence gained an insight and experience of activism from a very young age.

Sonia Bassey, Chair of Mandela8, said “We are delighted to welcome Laurence to Mandela8 as he brings a wealth of knowledge and experience with him that will not only see him do a fantastic job working with people to identify and tell the important historical moments of Liverpool’s contribution to Anti- Apartheid, but also enhancing the wider work and reputation of Mandela8.“

Laurence himself said, “I am most honoured to have been chosen to document the activists and activism of L8 as part of the international struggle against Apartheid during the 1980s. During those turbulent times, the people of Toxteth represented the most militant and uncompromising community in the country. The stories of those who sacrificed much both in challenging the Thatcher government and the South African regime need to be recorded for posterity. Thanks to all at Mandela8 for giving me the opportunity. Amandla!“

The Community Heritage Project will commence later this month. For all the latest updates on Mandela8 and their work in the community, please visit mandela8.org.uk and be sure to follow @Mandela800 on Twitter.

FACT awards £15,000 of grants to northern artists to support creation...