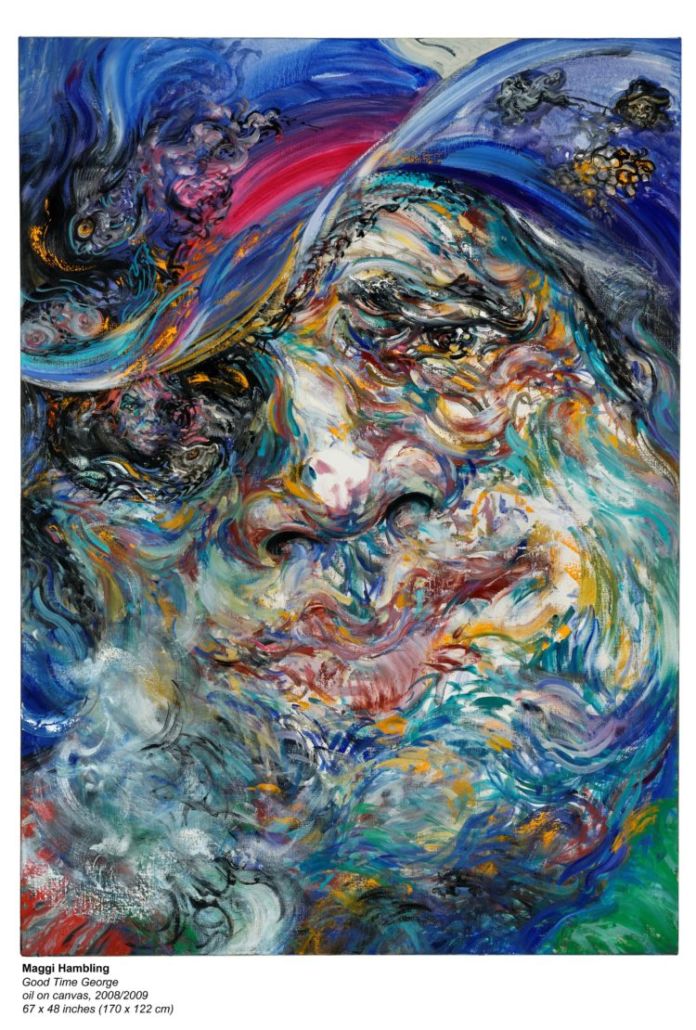 The Walker Art Gallery has been given Good Time George, an important painting by contemporary artist, Maggi Hambling.

George came from a well-known Liverpool family. He grew up in South Liverpool and remained a frequent visitor to the city throughout his life, actively supporting the arts. In 1997 he sat on the jury for the John Moores Painting Prize, which culminates in an exhibition of contemporary painting at the Walker every two years. 2018 will mark 60 years of the competition. 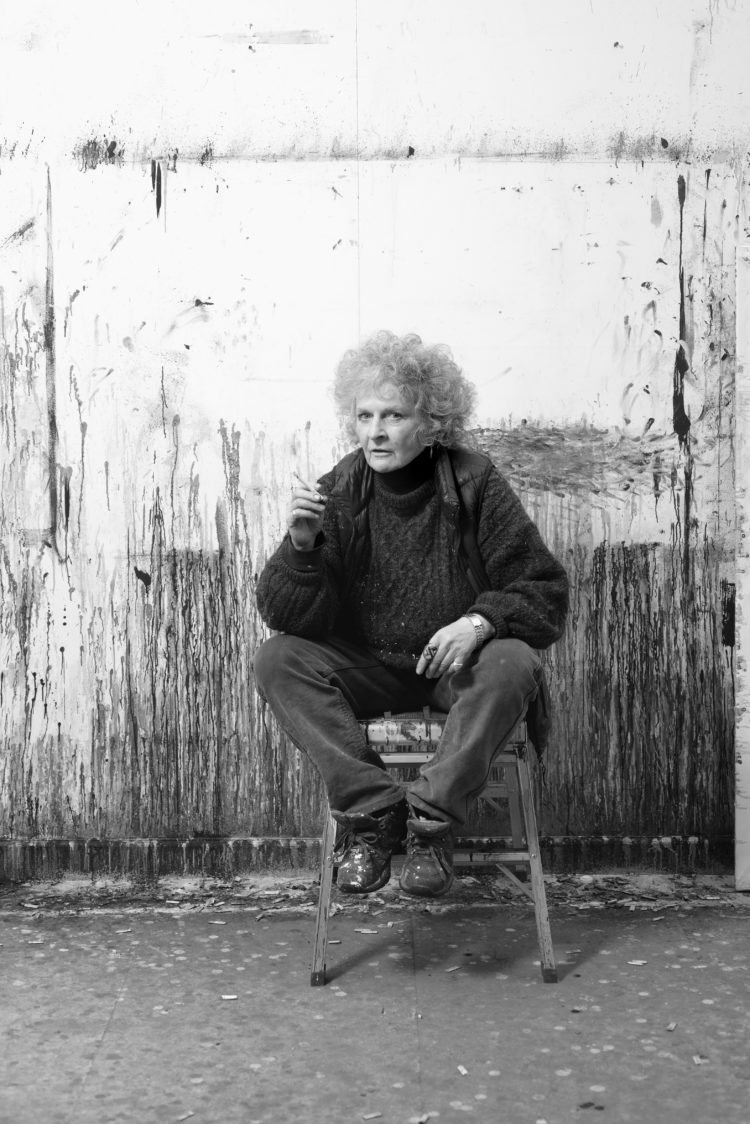 Maggi Hambling and George Melly were close friends. She painted and drew him from life, and posthumously.  He said she would go down in art history as “Maggi (Coffin) Hambling”, referring to her practice of drawing and painting people on their deathbeds and afterwards. Hambling and Melly met while lying on the path at a garden party and at once became friends. They then worked together in the early 1980s when he chaired the cult Channel 4 arts quiz, ‘Gallery’, in which Hambling was one of the two team captains. In 1998, Hambling was commissioned by the Trustees of the National Portrait Gallery to paint Melly’s portrait.

Maggi Hambling said: “George often makes a grand appearance in my dreams. I still hear him laugh, tell jokes and sing.  From wherever he may be…”

This is an important return to the Walker Art Gallery for the painting, which was first displayed at the Liverpool venue in 2009 in an exhibition of more than 20 paintings and drawings titled George Always: Portraits of George Melly by Maggi Hambling.

Hambling’s work is held in many public collections, including Tate, British Museum and the National Portrait Gallery. Good Time George is the first of the artist’s paintings to be added to the Walker Art Gallery’s permanent collection.

Maggi Hambling is one of Britain’s foremost and well known contemporary artists. In 2014 she made her return to the National Gallery, where she was their first Artist in Residence in 1980, with the exhibition ‘Walls of Water’. Earlier this year, Touch at the British Museum was an important retrospective of her works on paper and its accompanying book includes drawings of George Melly. Her latest series of paintings and sculpture, Edge, was shown at Marlborough Fine Art earlier this year, and her painting of Michael Jackson will be included in the National Portrait Gallery’s On the Wall exhibition next year.

Her sculpture for Benjamin Britten, Scallop, on Aldeburgh beach in Suffolk, was recently voted one of the nation’s favourite works of art.

Maggi Hambling will be talking about her life and her work at Tate Liverpool on the evening of 8 November as part of the Homotopia festival.

George, who was born in 1926 and educated at Stowe, could entertain, fascinate and outrage – often all at the same time.

He had a strong personal attachment to Sudley House, an art gallery run by National Museums Liverpool in the south of the city, which he helped to publicise. As a child, he and his family would visit the wealthy occupant Emma Holt who later gave the house and its important art collection to the people of Liverpool.

Sandra Penketh, Director of Art Galleries at National Museums Liverpool, said: We are incredibly grateful to Maggi for giving the painting to the Walker Art Gallery and to the City: Liverpool feels like its natural home. This gift marks a long relationship between artist, Gallery, George and Liverpool, and her work will be a significant addition to the Walker’s important collection of contemporary painting. I’m sure it will be hugely popular with our visitors.”

UK museums and galleries are success story of recession

First look at the Super Moon landing in Liverpool