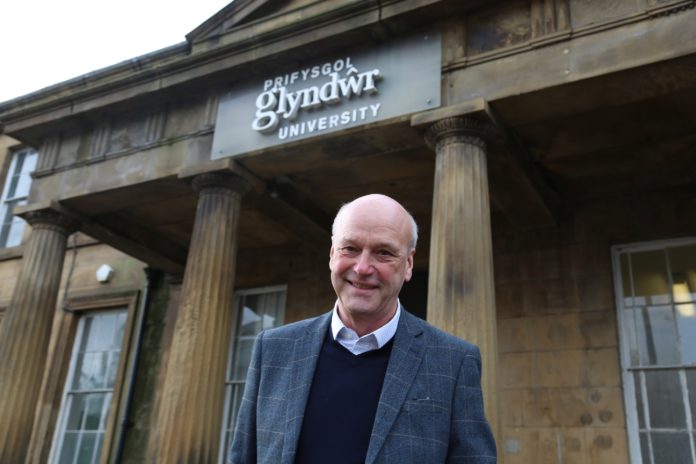 An exhibition by a respected sculptor whose work can be viewed across Merseyside launches this week at the Williamson Art Gallery, Birkenhead.

Born in Liverpool, Stephen Hitchin studied sculpture at Liverpool and Manchester Art Colleges. Since graduating he has taught at various institutions including King’s College Wimbledon, Wirral Art School and – since 2012 – Wrexham Glyndwr University, also as being a visiting lecturer at School of the Art Institute, Chicago and Brigham Young University Utah.

Stephen has exhibited extensively including, on several occasions, the RA Summer Show.  His work is held in public and private collections in the UK, Sweden, Switzerland, Israel and USA.  His recent projects and commissioned work can be found throughout the UK in various corporate and public collections in Manchester, London, Coventry, St Helens, Ellesmere, Portsmouth, Street, Wigton and Liverpool. Locations in Merseyside which feature his work include the Wirral Grammar School for Boys, the Liverpool Maritime Museum, Birkenhead and Bootle railway stations, Liverpool University and many more.

Stephen cites the extreme environment of the maritime world as the main inspiration for his work.  He said: “It is the energy and the continually changing environment which I find inspiring for my practice. Artists have been captivated by the sea for centuries: romance, tragedy, myths, exploration, trade and communication have all been facilitated by the sea.

“Navigation was traditionally based on plotting your course by ‘Shooting the Sun’.  The term refers to measuring the altitude of the sun in order to determine latitude, essential in locating your true position at sea.

“The work for this exhibition is principally made of marble and concerned with three dimensional space, form and line. The sculptures offer as much importance to space and shadows as to the solidity of material.  Each work changes with light and viewpoint reflecting the environment that inspired them.”

Stephen’s studio faces directly on to the River Mersey, adjacent to the Woodside Ferry Terminal – with the whole area closely linked to the maritime environment. Cammell Laird shipyard and the Tranmere Oil Terminal are close and add to the overall sense of movement and change that takes place on a daily basis.

His latest exhibition, Shooting the Sun, opens with a private viewing on Friday March 1st at the Williamson Art Gallery, Birkenhead and is open to the public from Saturday March 2nd – Sunday April 14th. The gallery is closed on Monday and Tuesday each week.

Stephen has taught at Wrexham Glyndwr University since 2012 where he is a Senior Lecturer in Fine Art. He also has links with its forerunner, NEWI, with his connections stretching back to 1987.

The Dean of Wrexham Glyndwr University’s Faculty of Arts, Science and Technology, Professor Alec Shepley, will be opening Stephen’s exhibition and paid tribute to him as both artist and lecturer.

Professor Shepley said: “Students who study Fine Art with Steve at Wrexham Glyndwr University know that they are working with an expert in their field. The quality of his teaching speaks for itself – as does the quality of his work.

“We’ve been discussing this exhibition for quite some time and I am really excited to be opening the show – and to see the exhibition itself.”

Shooting the Sun runs at the Williamson Art Gallery, Slatey Road Birkenhead between March 2 and April 14. For more information see:https://williamsonartgallery.org/portfolio_page/stephen-hitchin-shooting-the-sun/

Plans for the Biennial Blog