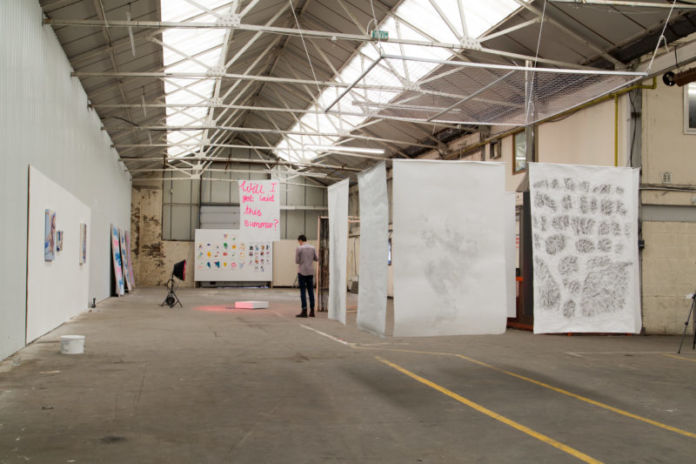 The Liverpool School of Art & Design will be opening its doors to the public to showcase this year’s talented undergraduates.

The degree show celebrates graduating students’ successes, marks the beginning of their careers and brings to a close their time studying at LJMU.

The theme of this year’s show is ‘Where do you see yourself 10 years from now?’

Students from fine art, architecture, fashion, graphic design and illustration will be exhibiting their work alongside their responses to this question. There will also be some additional displays from staff and invited guests.

This year also marks a decade since the RIBA award-winning Liverpool Art School building was opened in Duckinfield Street, renamed the John Lennon Art and Design Building in 2013.

In that time graduates have gone on to create a bespoke line of silk scarves celebrating Liverpool culture while raising money for homeless charity the Whitechapel Centre; spearheaded the creation of KREOD Pavilion during the London Olympic Games and designed the official football for the 2018 World Cup in Russia.

Programme Leader of Graphic Design and Illustration Ian Mitchell said: “The anniversary has given us opportunity to pause and reflect, not only on the last 10 years, but also to think about the future.

“So this year we have asked our final year students as they are about to embark on their professional careers to answer the interview question we all love to hate… where do you see yourself 10 years from now?”

Designs on display will include architecture students urban interventions, large and small, for the Imperial Shipyard district of Gdansk and the ‘ten streets’ district in Liverpool; as well as weather stations at lakeside and hillside settings in Keswick.

Catwalk shows will also be held in the Baltic Triangle; and a selection of student designs will be showcased during Graduate Fashion Week in London.

The theme is also the focus of the fourth edition of the award-winning university fashion magazine UN_FOLD.

The Liverpool School of Art & Design plays a central role in Liverpool’s artistic and cultural life, working in partnership with creative organisations across the city and continues to push the boundaries between art and science through facial recognition techniques and 3D printing.

Fine art students have been responsible for more than 100 independent exhibitions in the course of their BA including the cross-year collaborative space Zuhaus, or the nomadic Wendy house Gallery Gwendolyn. Student-run initiatives such as boy.cott and RoS have expanded the reach of art beyond the gallery, into activism, zines, music, the club-scene and radio.

While, History of Art students have gained hands on experience of how to curate live exhibitions at venues including Tate Exchange Liverpool.

The degree show is open to everyone; whether you’re a friend of a student, a family member, an art and design teacher at a school or college, a creative director looking for new talent or just someone who likes to see challenging ideas and creativity on display.

Visitors and the general public are asked to join in the celebrations by contributing their own answers to the question through this web page: http://www.10yearsfromnow.co.uk/

Responses will be exhibited during the degree show.

The degree show will be open to the public from Friday 25 May until Friday 8 June.

Teachers are encouraged to get in touch to book a slot for their art and design students to view the show and take inspiration.

A fashion show will also be held in the Baltic Triangle on Tuesday 29 May.

For more information about the degree show and opening times email: lsad@ljmu.ac.uk or call 0151 904 1216

IDAHO – International Day Against Homophobia – May 17

dot-art Art Classes at the Bluecoat

Issue 10 of NERVE Magazine – Out Now