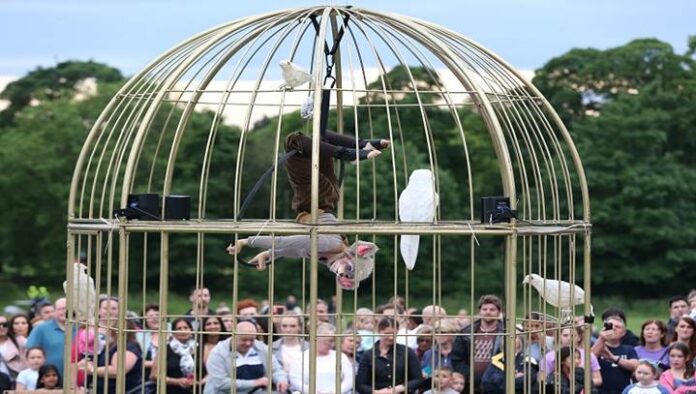 ALMOST 50 cultural organisations and freelance artists have been awarded money to bring art and performance to Liverpool’s city centre streets.

The next stage of the ‘Liverpool Without Walls’ project, commissions have been funded for projects ranging from live music, theatrical performance, dance, light installations, murals, photography exhibitions and street animation.

Last month, the city council announced a £200,000 fund to support creative businesses and individuals who have been hardest hit by Covid-19 in the cultural sector, and in doing so, start to bring the city’s streets to life with its world-famous cultural offer. It also complements the huge success of the first stage of the project which has seen bars and restaurants reimagine themselves as outdoor eateries.

The Culture Liverpool team is now liaising with the successful bidders on performance dates, with the ambition for the majority to take place over three consecutive weekends starting on the 29/30/31 August. Visual art will also start appearing across the city in the coming weeks.

With no pre-advertised schedule, there will be an element of surprise for visitors to the city centre.

More information on performers will be unveiled later this week on Visit Liverpool and Culture Liverpool social channels.

Due to the number of applications already received, the fund is currently on hold and will only be reopened if all the money is not allocated in this initial phase.

The funding has been made possible thanks to Arts Council England.

New Artists in The Directory