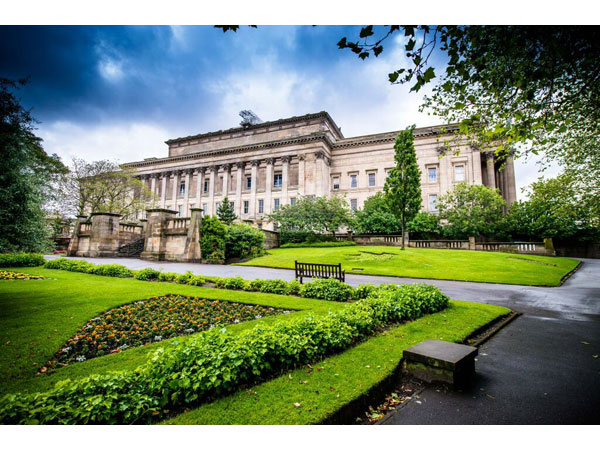 LIVERPOOL will mark Holocaust Memorial Day this week with a series of events including an exhibition, wreath laying and a service.

The theme for this year’s Holocaust Memorial Day is “How can life go on?” and asks people to think about what happens after genocide and our own responsibilities in the wake of such a crime.

Lord Mayor, Councillor Roz Gladden, said: “Holocaust Memorial Day is not only a time to remember those millions who died in the Holocaust and subsequent genocides but is also a call to action for the present.

“We all have a responsibility over related issues such as hate crime and prejudice to ensure they have no place in our society.

“The events we are putting on will be moving and poignant and encourage us all to help to build a safer future for ourselves and future generations.”

A three-day exhibition is being held in the Hall of Remembrance at Liverpool Town Hall to raise awareness of the genocide during World War Two, and will be opened by the Lord Mayor, Cllr Roz Gladden, on Wednesday 25 January. It is being staged by Fathers House, a Christian congregation based in Deeside who question members of the public about their recollection and understanding of the Holocaust.

Pastor Mike Fryer from Fathers House said: “Before the early 1990s, the Holocaust was not a subject schools taught to their students and therefore there are those in our society who don’t really understand the suffering of those six million Jews murdered during the Second World War.”

Liverpool Councillor Jeremy Wolfson, a member of the city’s Jewish community, said: This exhibition gives us an opportunity to reflect on the Holocaust and raise awareness of not only what happened but to try and ensure that the attitudes which led to it are not repeated.”

Then, on Friday 27 January, the Lord Mayor will join faith leaders at two special services to mark Holocaust Memorial Day.

Wreaths will be laid at the memorial stone in St John’s Gardens at 9am in memory of all victims of persecution, before a special service at Liverpool Town Hall at 11am which will also be attended by civic and faith representatives as well as invited members of the local community.

The guest speaker at the service at Liverpool Town Hall will be Marie van der Zyl, Vice President of the Board of Deputies of British Jews.

Marie van der Zyl said: “I am very pleased to be in Liverpool to commemorate Holocaust Memorial Day.

“It is so important that we not only remember the Holocaust, but strive to learn lessons from those dark days.

“With our world currently a divided and dangerous place, this has never been more crucial.”

At the service Rabbi Dr Martin Van den Bergh, Childwall Hebrew Congregation will join the Lord Mayor in lighting a memorial candle and there will be prayers and blessings from other faith leaders.

The Battle of Orgreave – Screening and Talk at Tate Liverpool