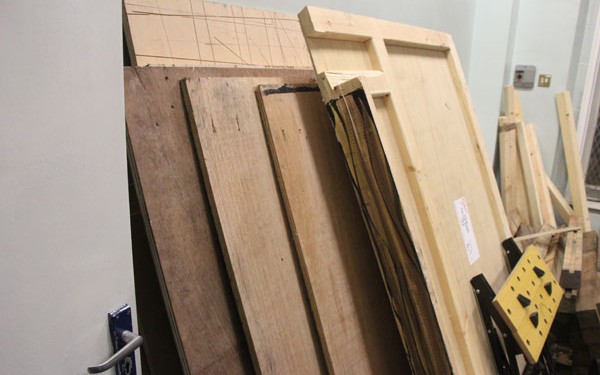 This week, Liverpool is feeling lucky. Why? Because the city is the proud new home of A Small Cinema – an independent space for independent films, film makers and film festivals.

For the past few months, Art in Liverpool has been following the progress of this incredible project with bated breath. A fully independent cinema on our own turf is quite a coup, and aside from promising us a programme of the best movies around, Liverpool Small Cinema has really been a community affair.

Which got me wondering – how did anything ever get done in the days before the internet? I’m not sure building this new venue would have been quite so easy had it not been for the A Small Cinema blog, with frequent updates about progress and friendly requests for spare building materials, and furnishings such as curtains and seating. Allowing Liverpool to donate their time, contribute unwanted electric equipment and give over their excess paint has meant that the local community have been able to feel part of the project from the word go – something none of us can claim from multiplexes like the Odeon. 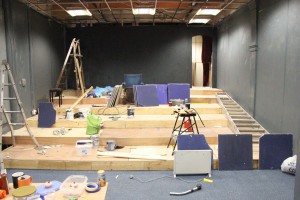 Now, after months of hard work and sneak peeks inside the building, (located within the former Magistrates Court on Victoria Street in the city centre, also home to the new Atrium and Crown Studios), Liverpool Small Cinema’s doors are ready to open! This Thursday sees the official launch of the new cinematic space, and we can’t wait to set foot inside the renovated building and see what the dedicated team of volunteers have been working on all this time.

And what of the cinema programme itself? This weekend sees the first free screening taking place as part of Food For Real Festival, which you can read all about here. Aside from that, not much has been announced just yet (we figure the team have been busy enough building the new venue, right?), but we’re hoping for lots of homegrown talent to be shown on the big screen, maybe with some obscure foreign language and critically acclaimed art house flicks thrown in there too. The inaugural programme is being developed in partnership with local film programmers and writers including Liverpool Radical Film Fest, Food For Real Film Fest, Elsewhere Cinema, Think Cinema, and Celluloid Wickerman – so watch this space!

Find out more when the new website launches at liverpoolsmallcinema.org.uk

Materials Into Action at Cornerstone