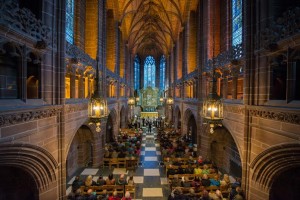 LightNight
Friday 16 May 2014
16.00 until late
100+ events across Liverpool city centre
Most events FREE
Liverpool is set to become the city that never sleeps as the annual LightNight returns for it’s fifth festival.  On Friday 16 May 2014 Liverpool will be unlocking the doors of its internationally renowned museums, galleries and heritage sites in a springtime celebration of the regions arts and culture.
Thousands of inquisitive fun-seekers will descend upon Liverpool to discover and celebrate Liverpool’s impressive world-class cultural offer.
LightNight visitors can expect spectacular light projections, interactive street performances, exhibition launches, heritage tours, open studios, live music, hands-on art workshops, dancing through the night and so much more.
Christina Grogan, Open Culture – LightNight Producers said: “ The LightNight festival is really gathering momentum each year, with thousands more people flocking to the city to re-discover and celebrate Liverpool’s staggering arts offer. This year’s LightNight is sure to capture our imaginations with cultural venues of all sizes opening their doors until late alongside performances, walks, talks and more!’ 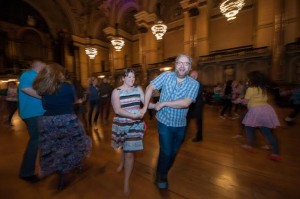 Everybody is invited to come and experience LightNight, Liverpool’s annual one-night arts and culture festival.
Sarah MacLennan a 2013 LightNight visitor said: ‘LightNight is such a joyful night of the year. The whole city – all ages, all backgrounds – come together. It’s magical! And it proves why the arts and culture are so important to us and to the life of a city.’
Beryl Griffiths a 2013 LightNight visitor said: ‘A wonderful night with so much going on, the city was buzzing and filled with atmosphere and lots of laughter, everywhere you turned there was smiling faces. It was a night to remember for sure, a city I love came up trumps again!’
LightNight 2013 Facts & Figures
·       42,968 visits
·       Over 170 events
·       Over 60 locations
·       90% of LightNight 2013 visitors said it had inspired them to visit arts venues in future
·       60% of LightNight 2013 visitors visited a venue they’d never been to before
·       LightNight 2013 generated an estimated economic impact of over £500,000 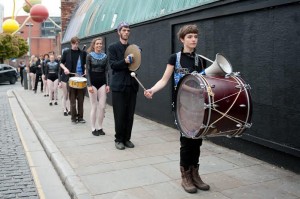 Visitors will have the chance to enjoy an array of cultural activities and late openings at the Museum of Liverpool, the Walker Art Gallery, Tate Liverpool, The Royal Standard, FACT, the Bluecoat, Arena Studios & Gallery, Liverpool Cathedral, St Georges Hall, Central Library, The Athenaeum, The Brink, Open Eye Gallery, News from Nowhere, the Liver Sketching Club and many more.
The full LightNight 2014 programme will be released 1 April, to join the mailing list please visit: www.lightnightliverpool.co.uk
Advertisement