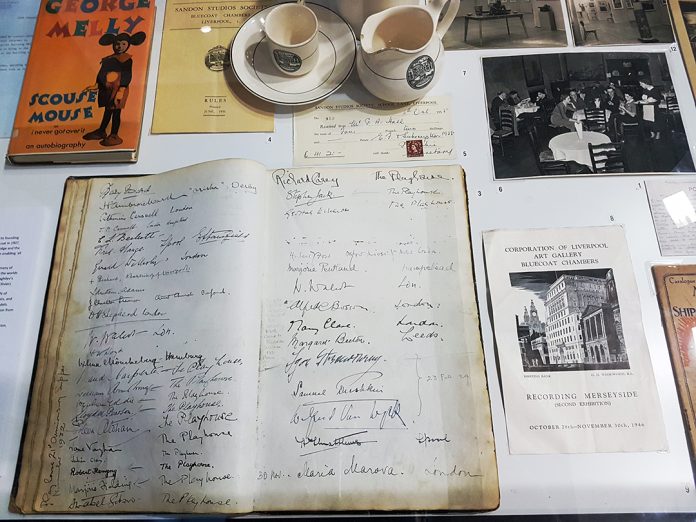 Igor Stravinsky’s Firebird Suite will be performed at Liverpool Philharmonic on Thursday 23 February, 8 3 years to the day since the iconic composer visited Bluecoat.

Stravinsky visited Liverpool in 1934 to give a recital of his music with the violinist Samuel Duskin. While dining at Bluecoat, he received news of the death of Sir Edward Elgar. Stravinsky immediately called on his fellow diners to join him in standing to honour ‘England’s greatest composer.’

Stravinsky’s signature is currently on display at Bluecoat in our archive exhibition Art at the Heart of Bluecoat which traces the development of Bluecoat as a centre for the arts.

The performance comes as Bluecoat celebrates its tercentenary with a celebratory programme of special exhibitions and events running until 30th November 2017.

Built in the Queen Anne-style, Bluecoat has been in almost continuous use since 1717. It was founded as a charity school by the Anglican St. Peter’s Church opposite and by master mariner Bryan Blundell. After nearly 200 years, it became a centre for the arts, the first of its kind in the UK, being formally constituted in 1927 as the Bluecoat Society of Arts.

“Stravinsky’s visit to Bluecoat 8 3 years ago reflects the significance of the building and its communities to British arts and culture over the past century, and he’s one of a host of important names from the cultural world including Bela Bartok and Margot Fonteyn who visited in that period. In our Art at the Heart of Bluecoat exhibition, we explore the central role of the arts at in transforming the former charity school into a major cultural centre through key personalities, exhibitions and organisations that found a home here.

“This is the first in a year-long series of heritage exhibitions that tell the building’s 300-year story, including its origins in 18th century philanthropy, a school for architects, home for radical exhibitions and bohemian cabaret, and the development of an artistic community.”

“In Bluecoat’s 300th anniversary year our concerts are a poignant reference to these towering figures in classical music, both of whom during their careers visited and worked in Liverpool, home, in the Bluecoat and Liverpool Philharmonic, to two of the UK’s longest established arts and cultural organisations. Many other great figures from music and the arts have or continue to visit, perform and work in both our organisations and across Liverpool today.’

David Hockney: Early Reflections to Open soon at The Walker