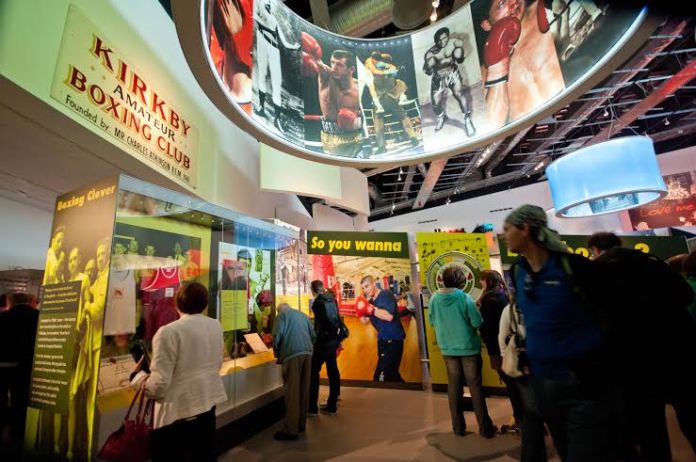 The Museum of Liverpool needs local support as it competes for votes and the chance to shine on BBC One in this year’s National Lottery Awards.

The project has been plucked from over 750 entries to go into the public vote. Our museum is competing against six other organisations to win the Best Heritage category and win a £2,000 prize.

The Museum is a recent addition to the historic waterfront and tells the story of Liverpool.  It celebrates the city and its rich heritage with a range of bold and emotive collections and quality exhibitions.

Janet Dugdale, Director of the Museum of Liverpool says winning the award would be a dream come true: “It’s amazing news to hear that we have reached the finals of The National Lottery Awards. The Heritage Lottery funding we received was extremely important in helping us create a great city history museum. If people are able to support us in voting for the Museum of Liverpool to win this award, it will be fantastic for all those who have helped make it such a vibrant place for visitors to learn about the city, and for the people of Liverpool themselves who have filled the museum with their own personal stories.”

To vote for The Museum of Liverpool, please go to www.lotterygoodcauses.org.uk/awards or telephone 0844 8369695 and follow the campaign on twitter: hashtag #NLAwards.  Voting runs for four weeks from 9am on Wednesday 25 June until midnight on Wednesday 23 July.