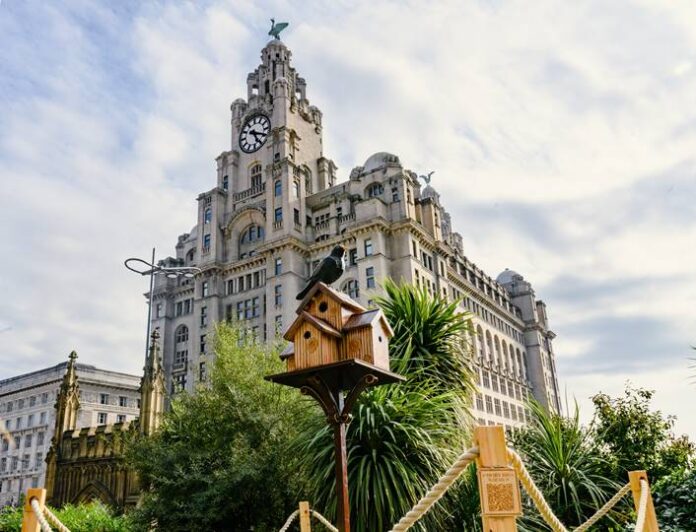 Some Liverpool locations are getting new artistic additions thanks to an inspiring cultural campaign.

Very Public Art will see a series of brand new art commissions land across the city which will showcase the local creative community and give the creators the chance to tell stories through their work.

Each individual project will pop up over the next couple of months starting with And These Birds Can Sing located in the gardens of St Nicholas Parish Church.  This magical sound, art and nature trail of bird houses is a celebration of women’s voices and encourages visitors to reflect, remember and be inspired.

Created by The Birdcage Stage CIC, each brightly coloured birdbox is constructed from wood salvaged from Strawberry Fields and has a unique theme inspired by nature and wildlife.  The beautiful soundtrack has been supplied by We Want Women, Hope Street Harmonies and Singing Mamas Choir.

‘And These Birds Can Sing’ will be in place until Sunday 15 August.

There will be a further series of individual artworks arriving in the city throughout July, August and September.

Statues Redressed – the Sky Arts initiative announced earlier this month – also forms part of the Very Public Art campaign. This element of the project sees leading artists give statues across the city a temporary makeover as part of a conversation on the role and symbolism of the city’s statues. Sky Arts is working in partnership with Culture Liverpool and will be producing a documentary on the work which is set to be shown on the channel in October.

Some of the statues ‘redressed’ to date include:

Details of all the Very Public Art installations – which are all free and in the open air – will be announced over the coming weeks. For the latest information visit the official website and follow the hashtags #VeryPublicArt #StatuesRedressed.

All the works have been commissioned by Liverpool City Council’s Culture Liverpool team, supported by Arts Council England.