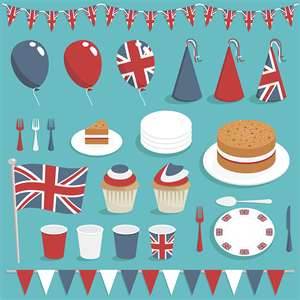 Artists are being invited to Liverpool to compete in a new art competition – inspired by the Queen’s Diamond Jubilee.

Carrying a regal £1,000 first prize, courtesy of QueenSquare Car Park and City Central BID, the Queen Square Diamond Jubilee ArtCompetition will be held over the double bank holiday on June 4 and 5.

Artists are being invited to create a newpiece of work from scratch, inspired by two themes – Royalty and Liverpool.

The winner of what is Liverpool’s first live art competition will be chosen by a team of judges including Directorof Art Galleries for National Museums Liverpool, Sandra Penketh. And surrounding businesses in Queen Square, such as the Marriott Hotel,will also be providing runner up prizes fit for a royal.

Open to artists over the age of 16, the event is one of the highlights of the Summer of Love campaign – www.citycentralbid.com/summer-of-love– which features dozens of free live cultural and sporting events from May 1– September 30 in the retail heart of the city centre.

The ‘Summer of Love’ has been devised to minimise the impact of the six month, £25m redevelopment of CentralStation. As well as an extensive on-line marketing campaign the Summer of Love will also be promoted via also an event guide that doubles as a rail ticketwhich can be used as a discount card in participating city centre shops.

Ged Gibbons, Chief Executive of City Central BID, said: ‘’This is the first live art competitionLiverpool city centre has staged, so for us the Diamond Jubilee will be an historicoccasion on many levels.

‘’The Summer of Love is allabout celebrating live culture and live sport across the city centre to attractas many people as possible during the closure of Central station. After ameeting with Neptune it was obvious a DiamondJubilee celebration in Queen  Square had to be in the programme.

‘’Queen Square has a fantastic ambience andis perfectly suited to a live art event and the Jubilee is a great platform toshowcase the square as well as the creativity of local artists.

‘’I’ve no doubt theartists will give everyone a unique take on the Diamond Jubilee and such hasbeen the support from businesses we’re already talking about making thecompetition an annual event.’’

Daniel Hynd Project Director at Neptune, which owns Queen Square, said: “We aredelighted to be hosting the Queens Diamond Jubilee art prize at Queen Square. Wefelt it was important given the regal name that we offered the square to holdsuch an event.

‘’We look forward to seeingsome great pieces created over the course of the competition, and hope visitorsenjoy seeing them created live right here in Queen Square.”

Artists need to submit their applicationto compete by 5pm on Friday, May 25 to CityCentre.pr@liverpool.gov.uk

The event will run from 10am to 6pm onboth days. Judging will begin at 4pm on the Tuesday. There will also be apublic vote category.