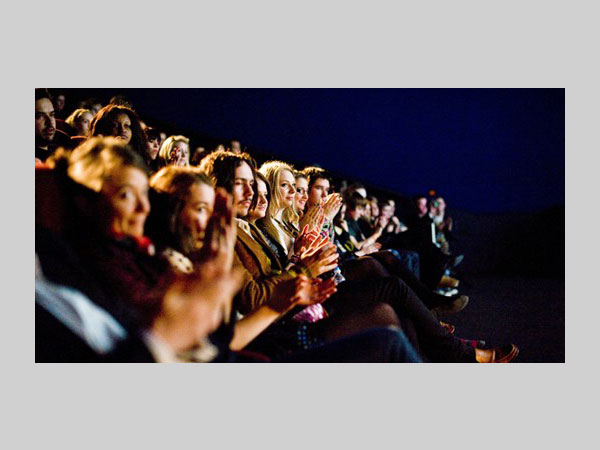 After a year away, the city’s biggest celebration of Merseyside’s new film talent returns to FACT (Foundation for Art and Creative Technology) on 17 November to celebrate its 10th anniversary! The event shines a light on the region’s up and coming film talent and offers Merseyside filmmakers a chance to see their short films on the big screen in front of industry experts. All films go through a rigorous selection process and are curated by a professional industry judge – this year will see actor and writer Celyn Jones as the host of the evening and head judge.

Jones says: “We are so lucky to have the Picturehouse cinema chain, and FACT is one of the best and a favourite of mine too. I’m thrilled to be involved in this event and excited to view and engage with the talent. Liverpool is an iconic city with a cinematic appeal and its people know how to tell a good story, so I’m sure the work will be bold and exciting. ”

Filmmakers working in any medium are invited to submit their films for consideration for this year’s event. All genres are welcome: drama, comedy, animation, documentary, experimental or horror – with the restrictions that the film must have been made within the last 18 months and be no more than 15 minutes in length.

Liverpool Film Night is Merseyside’s only film event dedicated to supporting and showcasing film talent. A decade of sell out events and thousands of submissions have seen on-screen talent include big names such as the late Pete Postlethwaite and Jarvis Cocker. Past judges include Anfield-born award-winning animator and director Chris Shepherd and Royal Television Society award winner / BAFTA nominee Martin Wallace, who was also a 2007 entrant to the competition. 2008 Best Film Winner Paul Banner went on to work for the BBC and KEO Films, who are the producers of Panorama and other benchmark Channel 4 documentaries.

2010 Liverpool Film Night entrant Luis Santos said: “It was an important milestone for me, as I now work as a videographer and filmmaking has become a fundamental part of my life.”

After the screening of the selected films at FACT on 17 November, the filmmakers will be invited to take part in a Q&A with guest speakers, where the audience gets a chance to ask questions and learn more about the filmmaking process. The speakers will be announced closer to the event.