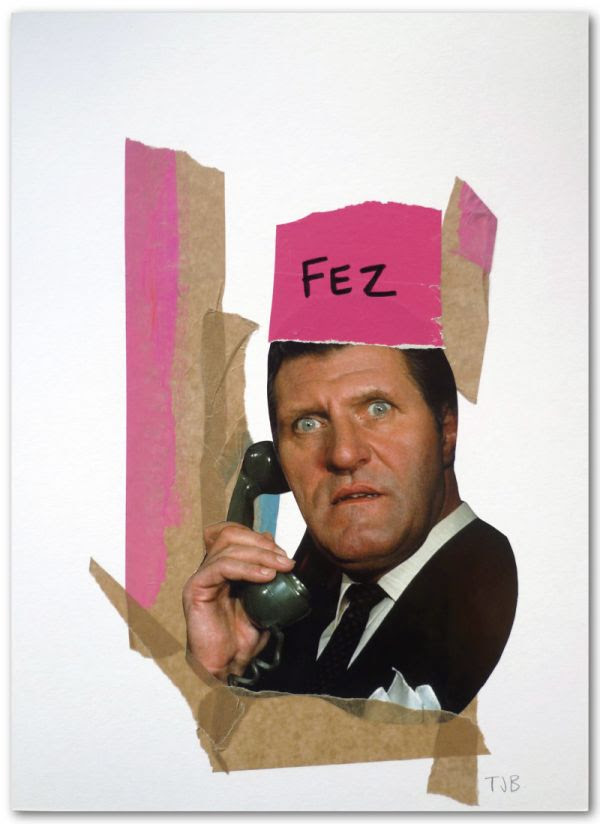 The Buyers Club Gallery and and RedHouse Originals Gallery are excited to present an exhibition by Thomas James Butler to coincide with the launch of the 2018 Liverpool Comedy Festival.

The exhibition features surreal portraits of legendary faces from the world of comedy including Laurel & Hardy, Spike Milligan and Victoria Wood as well as new works including Richard Pryor and Liverpool’s own Ken Dodd.

Butler has created a series of original collages in his trademark featured in this special exhibition, which will open to the public on Tuesday 11th September.

Butler explained why the exhibition means so much to him, saying “Ever since watching Vic Reeves Big Night Out, comedy has been as big an influence on my life as art and music and it’s an honour to be involved in this exhibition.

Choosing the subjects was the hardest part, but I have tried to go with the artists that have affected my life. Whether it be listening to Hancock’s Half Hour in my dad’s car or staying up late to watch Vic and Bob,. As Charlie Chaplin said ‘a day without laughter is a day wasted’ and I have all these subjects to thank for those days not wasted.”

The Liverpool Comedy Festival, powered by local charity The Comedy Trust, are the brains behind bringing world-class comedy to Liverpool for the past 17 years.

Each and every year the team strives to deliver first class entertainment with the biggest and best line-ups, featuring a string of familiar faces alongside new and up-and-coming talent from the world of comedy. Taking place in over 20 venues across the city with over 100 shows, the festival will fill your yearly laughter quota for two weeks in September to October, turning the funniest city in the UK into the funniest city on the planet.

Buyers Club Gallery is a monthly curated exhibition space for both established and up and coming artists in the city. The bare brick wall has been graced with large scale photographs, detailed illustration, multiple layered screen prints and floral painted original canvas’s since programming began in Feb 2018.

‘Liverpool Comedy Festival has always been about blending up and coming acts alongside established, household names so it felt like the perfect fit to work with Thomas James Butler this year – an astounding artist and one with an unusual eye for some of our most beloved and legendary comedians.’ – Sam Avery, Liverpool Comedy Festival

RSVP for the private view on Monday 10th August, 6pm to ally@onefellswoop.co.uk

NERVE 11 – Out Now with Free Calendar

Walker Artwork of the Month – December 2007