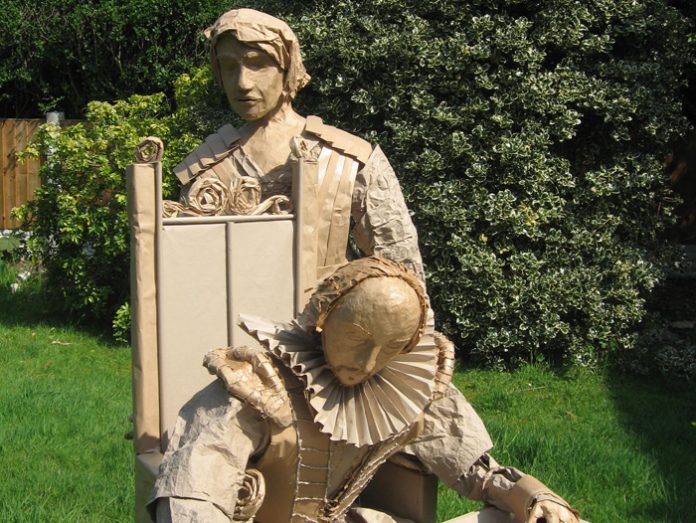 Over 40 international artists will exhibit a series of artists’ books at Liverpool Central Library from 4 June to mark Shakespeare’s 400th anniversary.

Printing techniques include ink-jet, letter-press, etching, wood engraving, hand-lettering and typing. The diversity of the work is exemplified by non-traditional features including sound, binary code derived from recording of an actor reading Sonnet XVIII) and a book cast from glass.

The exhibition will be complemented by workshops and demonstrations of printing and book-making, as well as a performance by the Sound Book Project (see https://vimeo.com/sterly) which uses the sound of books and instruments made from books. The performance will take place at lunchtime on Saturday 9 July.

Founded by former Chairman of the Bluecoat Simon Ryder, the fair is now in its third year, whilst this will be the second exhibition. Complementing the exhibition, the artists book fair takes place over 8 and 9 July.

Simon said: “The idea for my first book art exhibition in 2014 came from the realization that not enough people know about artists’ books, and I wanted to try and expand the range and numbers of people involved, who might then be interested in attending the Artists Book Fair I was organising. This was the first time I’d taken on the role of ‘curator’ – it was a long process, exciting, nerve-wracking, and hugely enjoyable!

“The response from artists to help me mark Shakespeare’s anniversary with an exhibition has been overwhelmingly enthusiastic. I received nearly 100 submissions. It was a difficult process whittling the final entries down, but we are delighted with how the exhibition has shaped up. Submissions ranged from editioned books through unique book sculptures to a site-specific book-related multi-media installation.”

David Stoker, Central Library & Archive Manager said: “We are delighted that the Artists’ Book Exhibition and Fair will return to mark this significant cultural anniversary. The work promises to provide a unique response to commemorate 400 years since the death of William Shakespeare.The range of work on display will be highly interesting, intriguing and imaginative and of a high quality. It is very fitting that the fair should take place here and I am sure that it will attract a lot of interest and build on the success of last year.”

Simon continued: “I established Liverpool Book Art because of my passion for Artists’ Books. I’ve been attending fairs and exhibitions dedicated to artists’ books across the UK for a number of years, discovering, exploring, acquiring and getting engrossed in long conversations!

“The fair presents a rare opportunity to meet artists who make ‘book art’ and to buy directly from them. In addition to the works in the display cabinets, there will be two large scale site-specific works being specially created for the exhibition by artists based in the North of England, Pat Hodson and Julie Dodd.”

Adding further to the visual spectacle of the exhibition will be six huge Shakespeare figures made by students at Birmingham City University. The first year students were studying BA (Hons) Design for Theatre, Performance and Events Handcrafted from paper and cardboard, the 6ft figures include Shakespeare, Romeo & Juliet, Richard III, Caliban and Julius Caesar.

Arts Council England announces new structure that will save £6.5million a...

Arty Eateries – Upstairs at the Bluecoat

Turning The Place Over – See the Movie