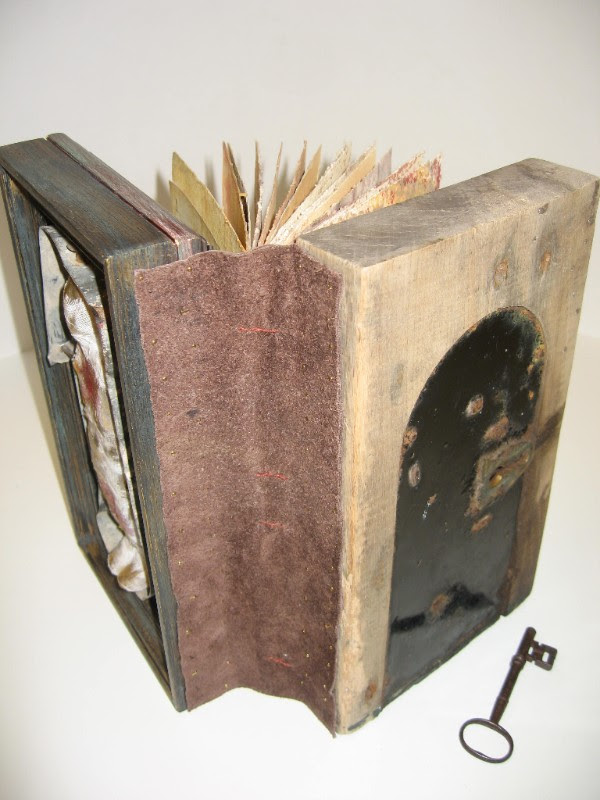 On May 14th 2018, Liverpool Book Art’s third major exhibition of Book Art from artists across the globe opens in the city’s iconic Central Library.

Following the great success of 2016’s ‘Shakespeare Now’ exhibition, organisers will be celebrating 200 years since the first publication of Mary Shelley’s ‘Frankenstein or, The Modern Prometheus’ in 2018.

Frankenstein is a classic work for a variety of reasons. Not only is it arguably the very first work of science fiction, but it is also a core text of Gothic literature, with Dracula not being published until nearly 80 years later. Its themes of ambition and hubris, ethics and morality, responsibility for the consequence of one’s actions, free will and empathy have been important since the book was first published. Today, they appear hugely relevant, whether considering genetic manipulation and synthetic biology, artificial intelligence and machine learning, or Silicon Valley’s ‘disruptive technologies’.

Book artists from around the world have responded with a hugely creative range of ideas. Some have been stimulated by the themes in the book; others have been inspired by the way the story is told; others have made links between Frankenstein and other classic stories such as Dracula and The Golem.

With such a wide range of submissions having been examined and judged by Liverpool Book Art, organisers are now very excited to reveal the first wave of artists for this year’s exhibition:

The ‘Frankenstein’ exhibition will open at Liverpool Central Library on May 14th in the magnificent Hornby Room and run until mid-August. It will then move to Knowsley’s Kirkby Gallery from 17th September until 26th January 2019. New works will be created for the Kirkby Gallery show.

Simon Ryder, founder of Liverpool Book Art and curator of the exhibition said “It’s been fantastic unpacking and discovering each new work, and then working out how to display them to show them at their best. The whole exhibition has now been designed and is ready to install. I’m sure everyone will be as delighted by the quality of the works as I am.”

Previous Liverpool Artists’ Book Exhibitions have been a great success, attracting international submissions of the highest quality, with works from Japan, Australia, Russia, USA, and across Europe and the UK.

Liverpool Central Library will also be the venue for the fifth Liverpool Artists’ Book Fair, taking place on Saturday 7th & Sunday 8th July 2018. The Fair showcases unique hand-made books, notebooks and cards, bookbinding, book sculptures and everything in between.

The iconic Liverpool Central Library is located in the heart of the city centre, on William Brown Street, between the Walker Art Gallery and the World Museum – and just a few hundred metres from Liverpool Lime Street train station.