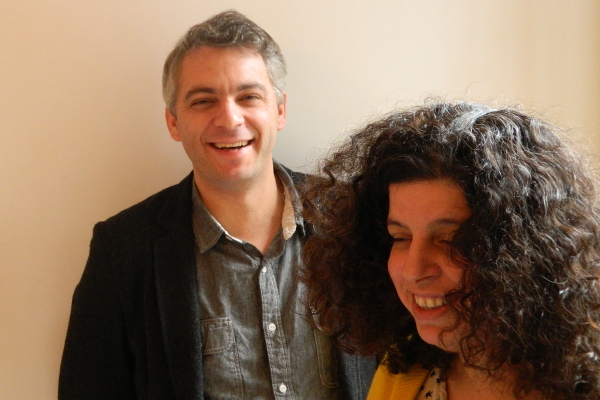 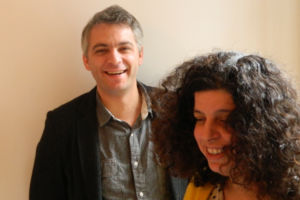 Liverpool Biennial announces the joint appointment of Mai Abu ElDahab and Anthony Huberman as curators of the 2014 Biennial, which will take place from 5 July to the end of October 2014.

Mai Abu ElDahab is a curator from Cairo currently living in Brussels. She was from 2007 to 2012, the director of Objectif Exhibitions in Antwerp, where she curated a programme of solo shows including exhibitions by Guy Ben-Ner, Mariana Castillo-Deball, Michael Stevenson, Hassan Khan, Michael Portnoy, Norma Jeane and Tim Etchells, Patricia Esquivias and Barbara Visser, amongst many others. She recently edited and co-edited several publications including After Berkeley (2012), From Berkeley to Berkeley (2011), Circular Facts (2011) and Hassan Khan “The Agreement” (2011), all published by Sternberg Press.

Prior to assuming the directorship in Antwerp, Abu ElDahab realised exhibitions as a freelancer as well as having been co-curator of the abruptly cancelled Manifesta 6 set to take place in Nicosia, Cyprus. She has written for notable publications including Artforum, Metropolis M, Mousse, and has been involved in an editorial capacity with Dot Dot Dot, CAC Interviu and Aprior. Most recently, she commissioned and produced a 10-inch vinyl of songs written, composed and performed by artists entitled Behave Like an Audience, also published by Sternberg Press.

Anthony Huberman is a curator and writer from Geneva currently based in New York, where he is the founding director of The Artist’s Institute and a distinguished lecturer at Hunter College. In August 2013, he will become the Director of the CCA Wattis Institute, in San Francisco. Previously, he worked as chief curator of the Contemporary Art Museum St. Louis, curator of the Palais de Tokyo, Paris, and curator of SculptureCenter, New York, and has organized a wide variety of independent projects around the world. At The Artist’s Institute, he worked with artists such as Thomas Bayrle, Haim Steinbach, Rosemarie Trockel, Jimmie Durham, and Jo Baer.

As chief curator of the Contemporary Art Museum St. Louis (2007–10), he organised exhibitions of Richard Artschwager, Elad Lassry, Gedi Sibony, Lutz Bacher, Bruce Nauman, John Armleder, and Olivier Mosset, and he initiated The Front Room, an ongoing exhibition series with young artists. He has written for magazines such as Artforum, Afterall, Dot Dot Dot, Flash Art, and Mousse, among others, and is a contributing editor to Bomb magazine.

The two curators will join the creative team under Artistic Director Sally Tallant who is developing the on-going programme of public discourse and long-term commissions and projects.

‘I am delighted that Anthony and Mai accepted our invitation to curate this edition of the Biennial. Together they bring extraordinary expertise and I am looking forward to working with them both to develop an exciting Biennial for 2014 in Liverpool.’

Liverpool to celebrate Captain Beefheart with a weekend of special events