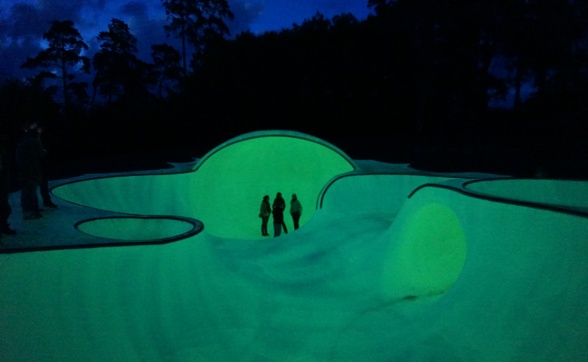 Have you heard? Liverpool Biennial, in partnership with Liverpool City Council, Liverpool Vision and Friends of Everton Park have commissioned leading South Korean artist Koo Jeong A to design a new wheels park for Everton Park!

In 2012, Koo Jeong A designed and built OTRO, a glow-in-the-dark skate park in France (pictured). THis year in Everton, the artist has been working closely with the City Skaters community and young people to devise the wheels park, which will be made with luminous concrete to give it a unique glowing effect.

Sally Tallant, Director of Liverpool Biennial says the Biennial is thrilled to be working with such an established artist as Koo Jeong A in creating a new cultural destination for the city. “The vision for the Wheels Park is for it to become a new public artwork for Liverpool which will bring an international audience to Everton Park.” 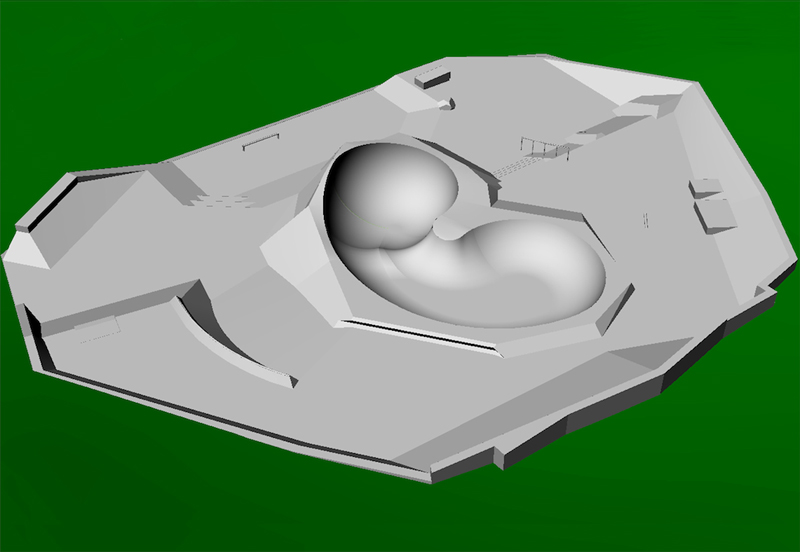 For this project, Koo Jeong A and her team have worked on an incredibly complex and unique design, to realise an exciting skateable wheels park for Everton. The artist is working collaboratively with Wheelscape Skateparks designers on the production and construction of the project.

The wider proposals for Everton Park include a series of walks – Five Pathways – created around the themes of food, art, lookout, activity and history. Regular events will be held to further attract people in to the park. The ambitious plans also include a Sky Pier visitor centre, gallery space and café with views across the city.

The park will be managed and maintained by The Land Trust, in conjunction with their community partners, the Friends of Everton Park. The Wheels Park is expected to open in Easter 2015 and the whole project for Everton Park should be completed by summer 2015. It is part of the Mayor of Liverpool’s skate park ambition, which earlier this year saw the opening of Scargreen Recreation Ground in Norris Green. The park features state of the art ramps and slides, a play area, picnic tables and astroturf pitches.

Subject to planning permission, this will be the last of four wheels parks produced and built in Liverpool as part of a citywide project. Further sites for wheels parks include Dingle Bank and Otterspool.

Elizabeth Willow: In The Event of Flooding