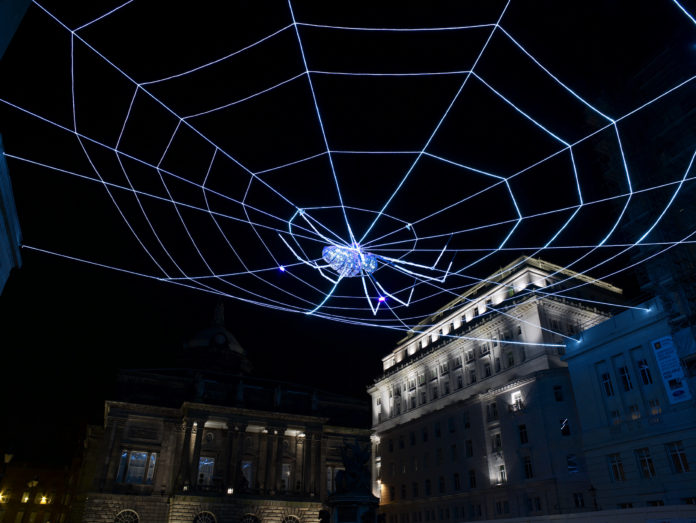 Commissioning international public art is all part of the BID’s aim to animate the Commercial District BID area, to increase footfall (particularly during quieter periods at evenings and weekends), and to create a new, world-class cultural destination for residents, businesses and visitors to enjoy, giving an added boost to the city’s visitor economy at the same time.

Covering a space of 85 acres, the plan is to create an urban trail of high quality public commissions throughout the district, incorporating sculptures and installations, urban furniture (functional artworks intended for public use) and light and sound pieces. Eleven potential sites have been identified by Liverpool Biennial – the largest festival of contemporary visual art in the UK – from civic squares and streets to car parks on derelict plots and squares hidden from view.

Importantly, all the artworks – the first of which is expected to launch this spring – will respond to the site’s history and values, taking into account that a large part of the Commercial District BID area lies within the Liverpool Maritime Mercantile City UNESCO World Heritage Site.

“Following a robust public consultation with our BID levy payers, residents, businesses and visitors to the Commercial District BID area, it became apparent to us that there is a real need for public art to add something positive to the area, hence this new partnership with Liverpool Biennial was born.

“As stated in our Business Plan, we are committed to improving the areas we represent for our levy payers. The five-year strategy will make the Commercial District BID area more recognisable, more attractive to work and dwell in, and hopefully be the catalyst for further activity and development in the future. It will also open up a crucial dialogue with city leaders, the property sector and key developers about the importance of best practice art commissioning in city centre planning.

“We look forward to adding to Liverpool Biennial’s already incredible legacy in the city.”

“We are thrilled to be working with Liverpool BID Company to present ambitious art in the city’s public spaces over the next five years.

“Liverpool Biennial’s year-round commissioning programme, which includes Sir Peter Blake’s Everybody Razzle Dazzle commission for the Mersey Ferry and Betty Woodman’s Liverpool Fountain on the Waterfront, aims to make art part of the fabric of the city.

“Working with Liverpool BID Company will allow us to showcase more fantastic pieces and give the public more opportunities to experience free art around the city.”