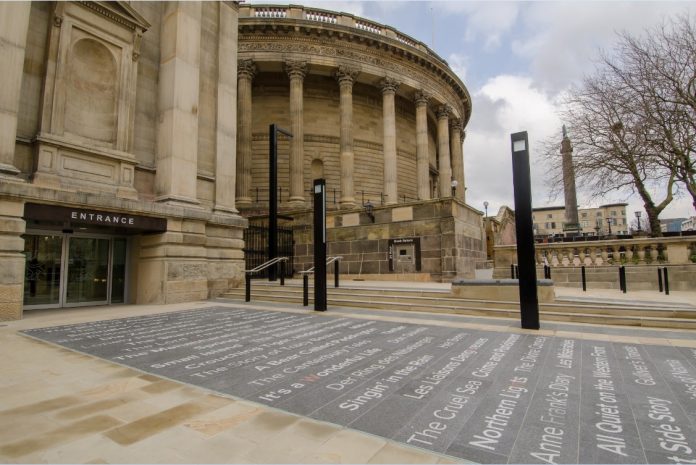 Liverpool is one of ten cities – and the only one in the UK – to successfully bid for 10 million euros of Horizon 2020 funding to examine how cities can use heritage as a powerful engine for economic growth.

Liverpool City Council is to receive just over 400,000 euros from the prestigious ROCK programme (Renewable Heritage in Creative and Knowledge Economies) which will be used to promote the city’s unique assets and develop community engagement around its Mercantile World Heritage Site (WHS) – the results from which will help create a new European strategy.

ROCK funded activities will include initiatives to increase participation such as a citizen/youth board, volunteer programmes and social and wellbeing projects hosted at the Grade I listed St George’s Hall, which will celebrate the 10 anniversary of its £23 refurbishment in April.

This will be coupled with new digital interpretation panels and ‘way finder’ signage to connect the historic waterfront (including the newly established RIBA Centre at Mann Island) to key historic and cultural assets such as the Town Hall, St George’s Hall and the wider St George’s Quarter.

The funding, which is to be to be approved by Liverpool City Council’s Cabinet in February, coincides with a five year review of Liverpool’s WHS which found that £427m has been invested in heritage buildings with a further £245m on site and in the pipeline.

The survey found that 18 listed buildings situated within Liverpool’s WHS have been refurbished/brought back into use since 2012 with council financial assistance, such as the Aloft Hotel, the award-winning Central Library and Stanley Dock. Similar schemes to a further 19 listed buildings within WHS are currently on site.

Mayor of Liverpool Joe Anderson said: “Receiving this European funding is a huge coup for Liverpool and demonstrates how highly the city is internationally regarded in the way it protects its heritage.

“This funding will allow us to invest in radically improving our marketing and interpretation of our key heritage assets to residents and visitors, which will help further fuel our global appeal and booming tourism economy.

“The collaboration with such prestigious partners will also provide an invaluable opportunity to exchange best practice with other historic cities such as Athens, Bologna and Lisbon and will put us at Europe’s top table for heritage development.”

It is hoped ROCK heritage pilot activity will form the basis for more substantial initiatives to build on ‘best practice’ across partners, increase heritage participation in all age groups, and improve inclusion and wellbeing.

Knowledge exchange and mentoring will take place across all cities on best practice deployment of sensor technology to monitor and conserve Heritage assets.

The 32 partner project, overseen by the city of Bologna, includes expert representation from UNESCO, United Cities and Local Government (UCLG), European Universities Association (EUA), and URBACT and is the largest of its kind in the H2020 programme.

It is regarded as the pinnacle of international heritage research, the results of which will form the basis for a future European wide strategy linked to RSI3 smart specialisation.