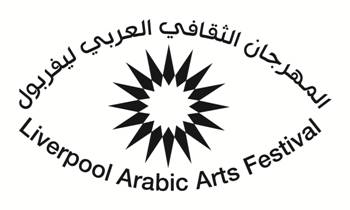 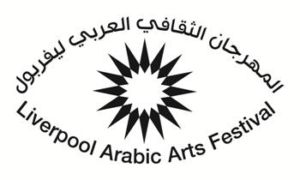 Funny Arabs: a laugh about living in the West and being Arab at the same time. From marriage to politics, family to TV, food to romance and celebrity culture.

Actress and professional stand up comedian Maysoon Zayid has featured on Comedy Central’s The Watch List and PBS’s America at a Crossroads: Muslim Comics Stand Up.

Maysoon, who lives with Cerebral Palsy, draws on her experience of disability and the trials of being a female American born to Palestinian parents for her comedy act. She has been quoted as saying “comedy is pain plus time.”

Maysoon has performed stand-up in top New York clubs, and has toured extensively in the USA as well as Europe, Africa, and the Middle East. In April 2001, she founded Maysoon’s Kids, a scholarship and wellness program for disabled and wounded refugee children and orphans in Palestine.

She is the co-founder and executive producer of the New York Arab American Comedy Festival and currently a full-time on air contributor to Countdown with Keith Olbermann on Current TV.

Razanne Carmey, Director of Liverpool Arabic Arts Festival said: “LAAF is excited to bring Maysoon Zayid to Liverpool and London to raise the profile of Arab comedy in the UK.  Obviously most UK Arabs speak English and have learned to laugh at English jokes and now it’s time for the English to experience Arab humour! We are delighted to also be spreading the word of Liverpool Arabic Arts Festival in London by taking Funny Arabs there in addition to our home city. Arabs have had their fair share of bad publicity – often underserved – but comedy can help turn around this prejudice, change public perceptions and forge a greater understanding.”

A great night of comedy from a unique lady.

Find out more at www.maysoon.com

Liverpool Arabic Arts Festival was founded in 1998 by Liverpool Arabic Centre and the Bluecoat to provide Arabic arts and culture in Liverpool. Over the years this partnership has grown to include most of the major arts institutions in the city including Picturehouse at FACT, National Museums Liverpool and Liverpool Philharmonic Hall as well as artists and community organisations. The first festival took place in 2002 and it has run annually since that date as a celebratory event raising awareness and promoting an understanding and appreciation of Arabic culture for both Arab and non-Arab audiences in Liverpool and beyond.

The festival has grown rapidly over the years in size, confidence, expectation and ambition and remains the only annual festival of its kind in the UK. Key funding for the festival has been secured from Liverpool City Council and Arts Council England.

Having been shortlisted in 2009, in 2010 LAAF was awarded the Arab British Centre’s Culture & Society Award 2010 for an outstanding contribution to the British public’s knowledge and understanding of the life, society and culture of the Arab people.

Stroke survivors improved ability to communicate and use non-dominant hands by...

Mark Cass, founder of Cass Art, on bridging the divide between...

Exclusive Artwork Donated to the City of Liverpool

CAVE to include Performative Events