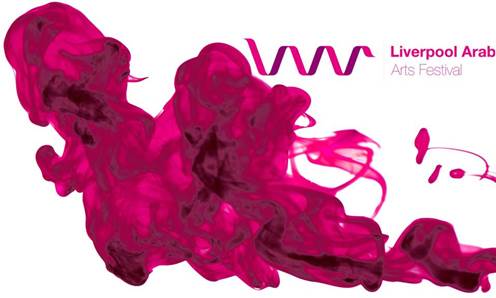 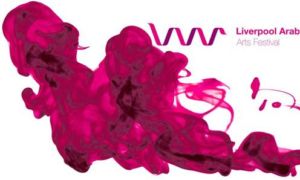 Liverpool Arab Arts Festival (formerly Arabic) returns to the city this year for its twelfth festival.  Join a culturally rich collection of talented artists from across the Arab world from 17 May to 14 July. LAAF 2013 promises to be bigger and better than ever before, offering something for everyone.

The main festival runs from 7 to 16 June in various venues across the city and is bookended with I Exist (in some way), a major photography exhibition running from 17 May to 14 July. Expect to see work from Arab artists in a whole host of genres, including music, theatre, art, exhibitions, food, film, family activities and dance.

This year, LAAF focuses on the question of identity, the faces of Arabs today. Do those in the UK have a British face or an Arab face and does the dual identity add richness to the mix or merely divide and confuse?  What of the Arab face in the media; if this is not a true reflection what have artists done to challenge or collude with this misconception? LAAF explores how many forms of art reflect this complex identity.

Highlights this year focus around Syria. The World Premier of Damascus Stories on 7 June offers an enchanting journey through five tales of romance, life and the slow invasion of the modern world in the late 17th and 18th century Damascus. Written by award winning Syrian author Ulfat Idilbi, Damascus Stories has been adapted for stage by Alia Alzougbi and Louai Hennawi.  Commissioned by LAAF, these stories come to the UK for the first time.

Alexei Sayle, Patron, Liverpool Arab Arts Festival said: “I have always been fascinated with the Arab world – its culture, politics and cuisine. We can get a very one-sided view of this world though and this great festival is an entertaining way for people to find out more about the art, music and – yes – comedy of the region and its people.”

I exist (in some way)

Part of the Look 13 photography festival, this exhibition feature the work of photographers who are responding to the question ‘who do you think you are?’ and exploring personal and collective identity in the Arab world.

This, the first Libyan art exhibition in the UK for decades, gives an insight into the rich cultural heritage of this fascinating country

Katibe 5 are one of the Middle East’s most dynamic and electric hip hop bands. The members of the Katibe 5 (which means Squad 5) were all born and grew up in a refugee camp in Beirut, where civil war and discrimination separated them from affluent Beirut society. Katibe 5’s songs tell their story of how they rose above victimisation, poverty and prejudice to take responsibility for their own lives and their community.

This is the band’s first visit to the UK. Don’t miss this unique chance to see them.

Find out how graffiti is used on the walls of refugee camps in Lebanon, to express people’s optimism and determination to rise above war, poverty and prejudice.

The Festival brings this amazing Syrian singer-songwriter to UK audiences for the first time. Chamamyan was born in Damascus to Syrian Armenian parents and she brings both influences to her music. Hugely successful in the Middle East, she explores the best of medieval and renaissance Arab music, reinterpreting and re-arranging ancient melodies for the 21st century.  This concert is a must for anyone interested in classical, jazz or world music.

Five stories by award winning Syrian author Ulfat Idlibi adapted for the stage by Alia Alzougbi and Louai Hennawi.  Ulfat Idlibi was the celebrated author of 100 short stories about the world of Damascus  in the late 17th and early 18thcenturies. Idlibi’s magical stories reveal intimate and moving details of family life, romance and the slow invasion of the modern world. The performances are enhanced by live music on traditional Syrian instruments including Nai (Flute) percussion and Oud (Lute).

Commissioned by LAAF,  these stories come to a UK audience for the first time ever.

This fascinating piece of theatre, created by British Iraqi Dina Mousawi and 3Fates tells the story of what life is really like for Iraqi women today.  Mousawi, herself an Iraqi living in Bradford, met and collected interviews, social media messages and stories from 45 Iraqi women displaced by war, occupation and the Arab Spring and then worked for a year on practical workshops to develop Return.  Mousawi kept a video diary to reflect on her own journey from the UK to Iraq, and there are echoes of this in the video projections which feature in this unique drama.

If you enjoy contemporary dance, don’t miss this chance to work with one of the world’s top choreographers and dancers, the Algerian-born Nacera Belaza, in advance of her performance at Unity Theatre.

Nacera Belaza has performed her work all over the world, and has won numerous awards for her talents.

Sufi dance specialist will be performing and leading an interactive workshop on Sufi dancing. Learn about the movement involved in this fascinating style of dance, famous for the whirling dervish. Watch a demonstration of the movements involved, and then try it for yourself. Suitable for anyone, whatever your level of dance experience or background

A quiet storm moving through the East…

Enjoy this explosion of Middle Eastern dance, music and colour from exciting dance company Funoon Aljazeera, alongside internationally acclaimed Egyptian dancer Caroline Afifi.  This is a lively fun-filled evening which introduces the audience to joys of Arab folk dancing. You will even invited to join in the dancing at the end!

at FACT and The Bluecoat

An impassioned, meticulously researched account of the short life of Algerian freedom fighter Ahmed Zabana, whose execution in 1956 by French colonial authorities ignited the ‘Battle of Algiers’ and the crucial phase of Algeria’s struggle for independence.

Zabana!  was Algeria’s official entry for the 2013 Academy Awards.

The Battle of Algiers

A timeless classic written by one of the Algerian revolutionaries while in a French prison.  As powerful today as it was when it was first released

Tunisian British film-maker Claire Benhassine’s tale of her grandfather, the Frank Sinatra of the Arab World.

Where Do We Go Now?

Sunday June 9th, 2013  7.30
The Bluecoat Performance Space
Nadine Labaki follows her debut Caramel with this funny wonderful film about a group of women trying to put a stop to war in Lebanon

With Caroline Afifi and Katibeh 5

In partnership with the Mersey River Festival, two of the stars of this year’s LAAF – Egyptian dancer Caroline Afifi and Lebanese Hip Hop band Katibeh 5 – join city artists for this spectacular riverside concert.

A fantastic, always popular event wher you can enjoy the sights, sounds, tastes and smells of the Arab world. With live music, dance, workshops, stalls and food. A great day out for all the family.

A day of music, film, debate, poetry and food. Details to be added in.

Talks and debates and

Throughout the Festival, there are debates on current affairs, culture, freedom and change in the Arab world. Each Freedom Hour session is different and they take place most days, come to one or all of them to hear from people who are directly involved and have your say too.

Poetry at Wirral Festival of Firsts 2014