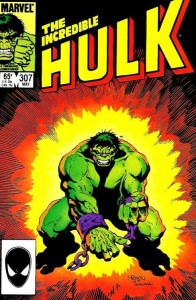 From Saturday 2 November, Wall to Wall Gallery, in the MET Quarter, will display the 12 new comic book cover prints featuring The Hulk, Spider-man and The Avengers, which make up the second instalment to ‘Superheroes’ – a collection of prints from Marvel’s comics – and will be available to buy at the gallery.

These classic comic book covers, which were originally created in the 1960s, are now available as prints to collect. This collection features some of the most memorable characters ever created during Stan Lee’s reign at Marvel, which remains America’s largest comic book publisher to date. Unlike other comics at the time, Stan Lee made superheroes relatable; he humanised them and conveyed their everyday struggles. Peter Parker addressed the issues of social acceptance and personal identity, The Incredible Hulk was a reflection of society’s fears regarding a nuclear war-ridden age; and The Avengers were formed to combat a threat no individual could defeat

Now 90, Stan Lee continues to be as involved with his creations as ever before. Speaking about the covers, he says: “The characters featured on the covers are particularly special for me because they come from a time when it was unusual for superheroes to have human characteristics.”

“One of the Spider-man covers is particularly special to me [The Amazing Spider-Man #75 – Death Without Warning!] because at the time no one thought it would sell because it was about him giving up being a superhero, only for that issue, because it was affecting his human life. However, people loved it and it was one of our biggest sellers.”

The covers in this collection showcase some of the most influential artists in their field, setting an industry standard that will be marvelled at for eternity. They also represent defining moments, for example in the print, ‘The Incredible Hulk #1 – The Strangest Man of All Time!’, The Hulk is seen in his original grey form but this was then altered due to colouring technology at the time not be able to print a consistent grey. It was then agreed the giant would be green, as conveyed in the other Hulk prints.

Mr Lee continued: “Some children are only just discovering comics because they’ve been introduced to the characters though the movies, which is great because they’re finding a brand new world, which has become so culturally significant.”

Jen Spencer, Wall to Wall Gallery’s gallery manager, said: “We’re very excited to have these works on display and available to buy at the gallery.

“The works are fun and instantly recognisable due to the characters having such an impact on our lives. You’ve not got to be a super-fan to enjoy them or understand them and we’re glad we can share these popular works of art with the public, to allow them to own a piece of comic book history.”

There are 195 boxed canvases and 295 Giclee print editions of each comic book cover, which have been created and each of the works are personally signed by Stan Lee and come with a certification from Washington Green. Prices start from £695.

Superheroes will be on sale at Wall to Wall Gallery, Liverpool from Saturday 2 November. For more information contact 0151 2274844 or visit www.walltowallgallery.co.uk

Up For Arts – Free Dance Events