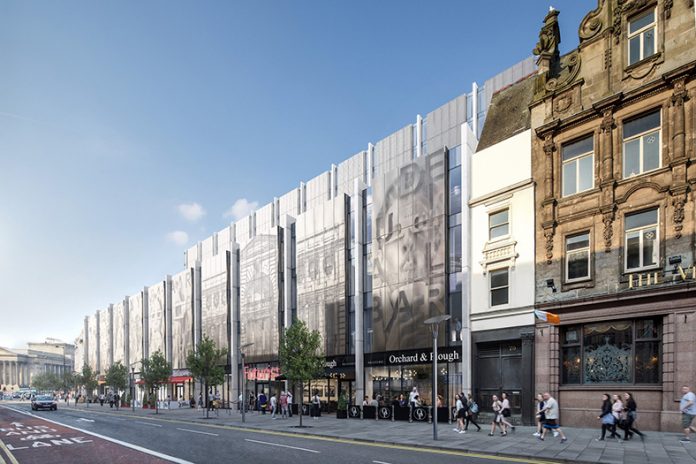 THE £39 million regeneration of Lime Street in Liverpool is set to go-ahead after the Court of Appeal comprehensively rejected a bid by SAVE Britain’s Heritage to overturn planning permission.

The scheme involves the redevelopment of the eastern side of Lime Street for mixed use including commercial, retail and leisure uses with hotel and student accommodation.  The scheme, to be delivered by Neptune Developments, is fully funded and secured planning approval in September 2015.

In a judgement handed down today, Lord Justice Sales and Lord Justice Lindblom dismissed an appeal for a Judicial Review made by SAVE Britain’s Heritage. They had claimed that the city council had breached planning guidance by failing to notify the DCMS (Department for Culture Media and Sport) and UNESCO’s World Heritage Committee.

In their conclusions, the Lord Justices agreed with the original ruling in January 2016 by The Honourable Mrs Justice Patterson DBE that the city council had acted entirely appropriately.

She had described the evidence provided by the city council at the hearing in December as “impressive and clear”, concluding that the local authority had properly considered whether the scheme would have an impact on the Outstanding Universal Value of the World Heritage Site.

Mayor of Liverpool, Joe Anderson, said: “Our commitment to heritage has seen the number of buildings on the at risk register at a 24 year low and some, including the Royal Insurance Building and Stanley Dock, brought back into viable use due to our intervention.

“This is a city that has demonstrated clearly that it is committed to preserving old buildings where it is viable to do so. Unfortunately that has not been the case as far as Lime Street is concerned.

“It is now almost a year since we granted this scheme planning permission, and due to the legal action this scheme has been in limbo, meaning Lime Street, one of the city’s key gateway routes, has not had the investment that it so desperately needed.

“We have now had two thorough and comprehensive independent examinations of this decision and in both cases we have been found to have acted entirely appropriately and properly.

“We must now crack on as soon as possible with enabling the developers to deliver on their vision for the area, bringing it up to a much higher standard than it has been for decades, and one that is fitting for a major entry point into the city centre.”

It has not proved possible to save the facade of the former Futurist cinema within the new scheme because of its poor structural condition following deterioration over a number of years, and this decision has been accepted by the Save the Futurist campaign group.

Mayor Anderson added: “We have recently spent hundreds of thousands of pounds having to make the façade of The Futurist safe, causing massive disruption in the area. All of this could have been avoided had SAVE accepted the original judgement from the High Court in January.

“I am appealing to SAVE Britain’s Heritage to stop delaying much-needed projects that will create many jobs for the people of our city.

“They need to stop wasting the public’s time and money on vexatious and spurious legal challenges that only serve to put schemes at risk without coming up with viable, fully costed and deliverable alternatives.”

Steve Parry, Managing Director of Neptune Developments, who has now written directly to SAVE calling on the group to face reality, added: “This series of legal challenges have cost more than £2 million and have been a monumental waste of money and time for all those involved.

“More importantly it has been a wasted opportunity to get on with a much needed piece of regeneration creating jobs and opportunities for the people of Liverpool and removing the dereliction that blights this gateway to Liverpool.

“In essence SAVE have been campaigning  to retain buildings that are beyond economic repair without ever seriously considering whether this could be achieved and have tried to link Lime Street to the concerns about our World Heritage status even though this scheme actually has a beneficial impact on the World Heritage Site.

“The new high quality facades of Lime Street will have a depiction of the Futurist and Lime Street in its heyday and we are pressing on with the planning of the ABC to lift both sides of the street and create a fitting entrance to our city.

“It really is time now to move on and get on with remaking one of our most important streets.”

Matt Brook, director of Broadway Malyan, architects for the scheme, said: “It is fantastic news that we can now progress this important regeneration project that will reinstate Lime Street as a key destination.

“Liverpool has enjoyed a significant renaissance in recent years with substantial investment especially along the waterfront.

“Our proposals for Lime Street are a key part of Liverpool’s ongoing regeneration, it will provide the much needed improvement to one of the city’s main gateways as was well as improving an important connection to the Knowledge Quarter, providing a catalyst for the wider regeneration of the Lime Street area.”

More information about the Lime Street scheme can be found at http://www.limestreetfuture.co.uk/ 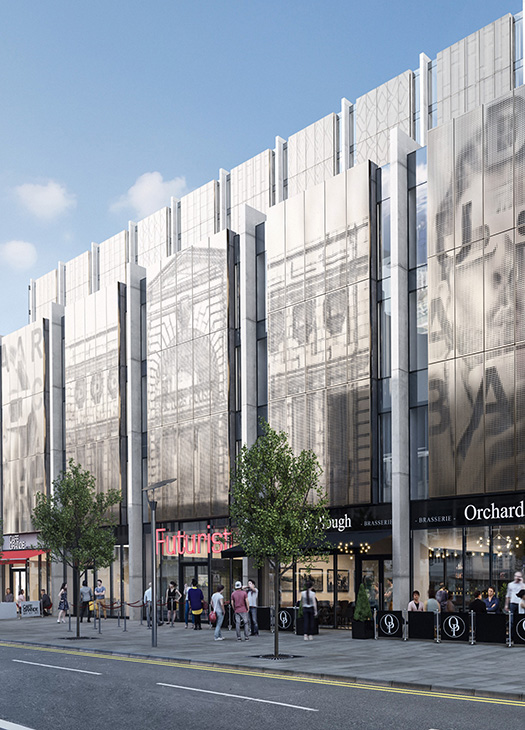