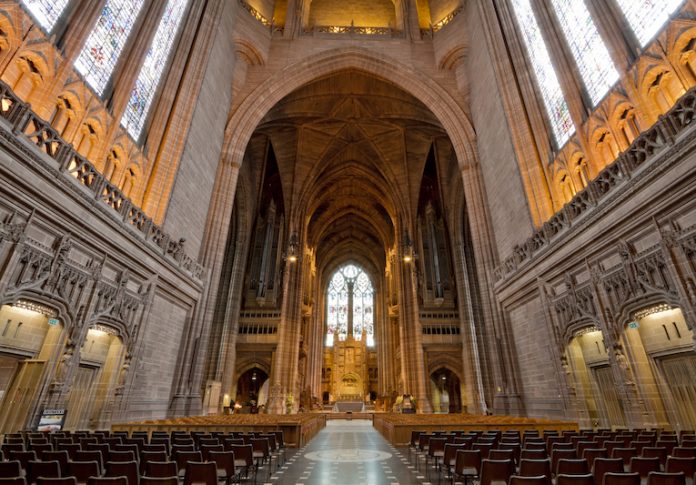 The Super Sonic Assembly will bridge the past, present and future through song and dancing; exploring the evolution of music since the end of WWII whilst reaching out to the audience to share ideas about a better future and using these ideas to create an improvised song in the present moment.

Hosted by VOX and featuring The Reverend Cleve Freckleton, there’ll be a number of community choir groups from across Merseyside taking us back from now until the 1940s with two songs per decade, performances of Cleve’s own ‘World Gone Crazy’ and a hat tip to the ’67 ‘summer of love’ via The Beatles’ ‘With A Little Help From My Friends’ – all topped off with an improvised piece which everyone – including the audience – will be encouraged to get involved in; creating a huge aural experience with hundreds of voices singing in harmony.

Greg Wilson will curate a selection of music between performances to accompany each decade of music. He’ll also draw things to a close with a special DJ set, spanning the dance-oriented side of music’s past.

The event follows on from VOX’s ‘Big Sing Ting’ event at the Town Hall in Liverpool last year and a couple of other Light Night events at The Liverpool Museum and The Metropolitan Cathedral. All of the VOX events in the past have included a level of interactivity and this one won’t be any different; the audience will be encouraged to get involved in the singing and also to put forward ideas that will form the basis of an improvised jam.

Filling such an inspirational space with revellers is bound to create a unique and special vibe, hopefully bringing together people within the spirit of connectivity and communion.

The Christmas Lights Are On

Opening a door to the Arab world as Liverpool Arab Arts...