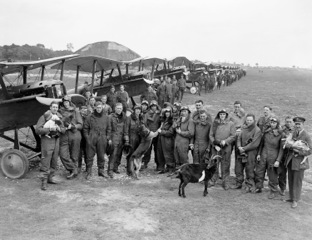 Open Culture is proud to announce Liverpool John Moores University (LJMU) and LightNight have joined forces to create a partnership for 2014. LJMU are offering their own unique cultural contribution to the night and inviting all their students and staff to experience the annual one-night arts and culture crawl.

LightNight is a showcase of the region’s cultural talent, offering one night of interesting, vibrant and surprising experiences, a celebratory reminder of what’s on in the city all year round. As Principle Sponsor LJMU is embracing this giant festival in its fifth year.

“This partnership is a fantastic opportunity to further expand our cultural offering to students and staff.  As a modern civic University, we recognise that events like this bring the community together and allow all members of LJMU, whether they are local, from across the UK or overseas, to experience the arts and culture of the City of Liverpool.”
Dr Edward Harcourt, LJMU’s Pro-Vice-Chancellor, External Engagement

For 2014 many LightNight events mark the centenary of the outbreak of the First World War, as part of the local and worldwide commemorations. LJMU are playing an important role in the regions remembrance having initiated the Merseyside at War project. This is a ‘living’ archive, a website reflecting the experiences and sacrifices made by the servicemen who went to war, plus the men and women who worked on the home front and the children who grew up in communities profoundly altered by the conflict.

Since Merseyside at War launched in February 2014, LJMU has been overwhelmed by the response, with scores of people uploading diaries, letters, photos, poems, war records and birth and death certificates of loved ones who were involved in the war. These records commemorate Merseyside’s ancestors and serve as a unique reminder of how individuals, communities and the region were affected by the war that many hoped would end all wars. But there is room for much more information.

Have you got photographs, diaries, war records or other items about World War 1? Then head to Liverpool Central Library 17.00 – 21.00 on LightNight, Friday 16 May and share your stories with the LJMU staff behind Merseyside at War, or visit www.merseyside-at-war.org to find our more.

Fiona Shaw, Chair of Open Culture, the LightNight producers said: “We’re delighted LJMU are partnering with LightNight Liverpool, this really is an exciting collaboration and a great opportunity to connect the student population of the city with the fantastic cultural offer on their door step, whilst signposting opportunities for arts engagement and skills development.“

Download the free LightNight programme at www.lightnightliverpool.co.uk or pick one up from one of the participating venues.